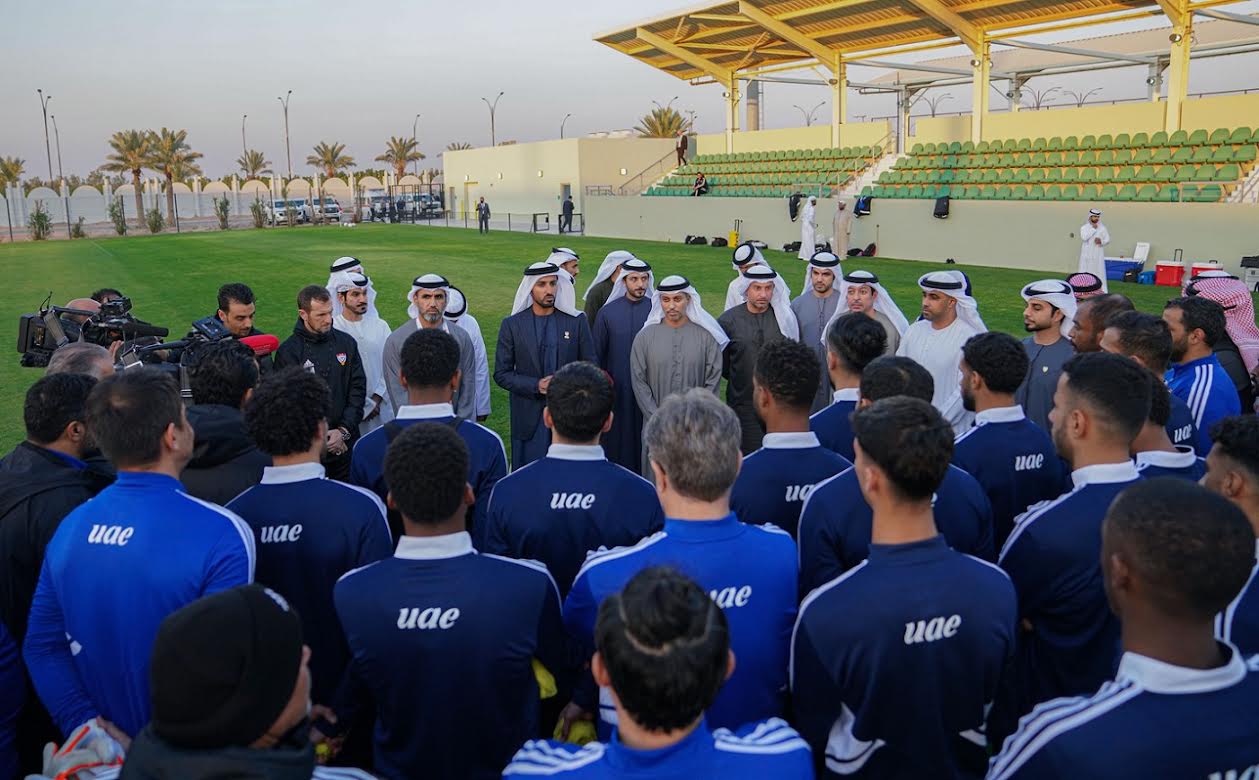 Sheikh Rashid bin Humaid Al Nuaimi, President of the Emirates Football Association, met yesterday, Friday, with the members of the national team delegation in the city of Basra, where Al-Abyad is preparing to face the Bahrain national team today, Saturday, at Al-Mina Stadium in its first match in the Arabian Gulf Cup “Khaleeji 25”.

The Football Association said in a press statement that Sheikh Rashid bin Humaid Al Nuaimi spoke with the players of the national team, asking them to adhere to the directives of the technical and administrative staff of the team, and to work together to provide the best technical level during the tournament and compete for its title, expressing great confidence in the technical capabilities of the players.

The meeting was witnessed by Dr. Ahmed Belhoul Al Falasi, Minister of Education, Chairman of the General Authority for Sports, and Mohammed Saleh Al Tunaiji, Acting Chargé d’Affairs at the Embassy of the United Arab Emirates to the Republic of Iraq.

The President of the Football Association said, “The organization of the” 25th edition “of the Gulf Cup Championship in the Iraqi province of Basra confirms the necessity of distributing hosting the tournament to the Arab Gulf countries, and the stand of the Gulf countries with brotherly Iraq in organizing and hosting tournaments, and we will spare no effort in supporting them in all future competitions.