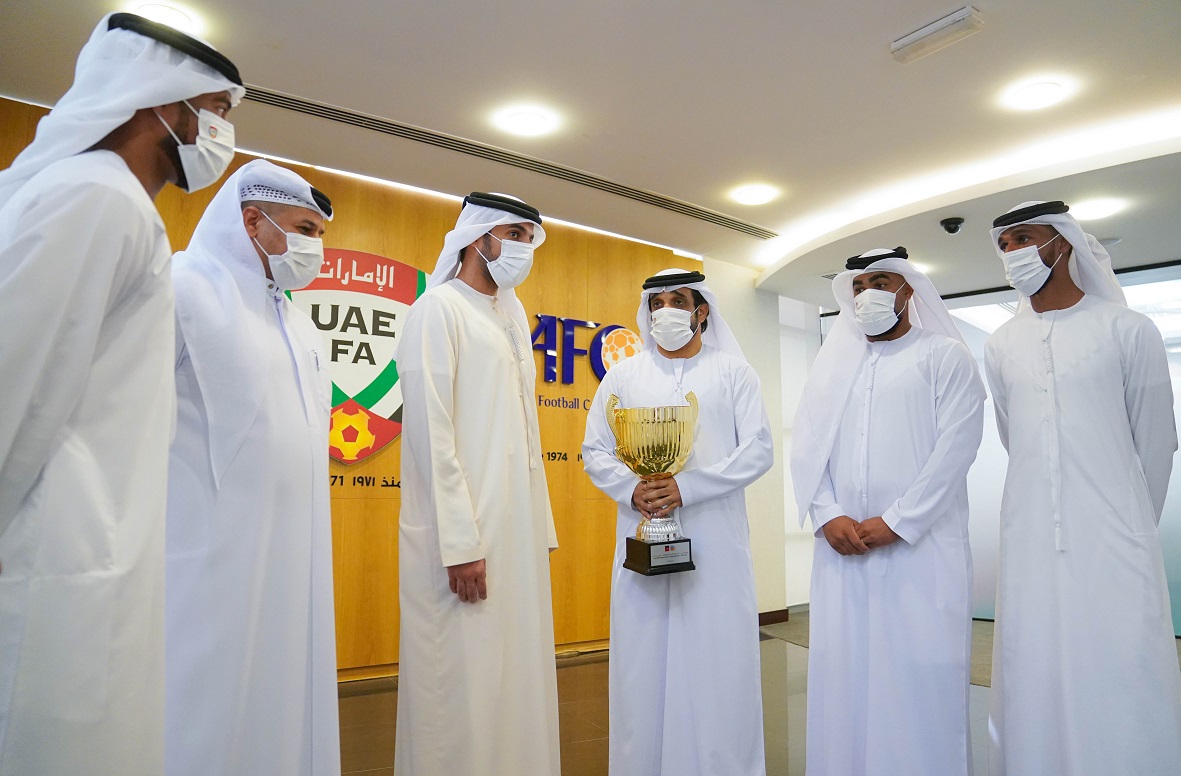 Sheikh Rashid bin Humaid Al Nuaimi, President of the Emirates Football Association, met today, Thursday, at the headquarters of the Federation in Dubai, members of the technical and administrative staff and players of the national beach soccer team, and renewed congratulations to them on the occasion of their coronation of the title of the West Asian Federation Championship, which was held in the Saudi city of Jizan late last month.

During his conversation with the players, the president of the federation stressed the keenness of the board of directors to develop beach soccer and increase the number of its practitioners by holding a number of tournaments and competitions on a regular basis with the participation of state clubs and a number of government institutions teams and private clubs, which helps to discover and refine new talents.

Sheikh Rashid bin Humaid Al Nuaimi praised the work of the Beach Soccer Committee headed by Ali Hamad Al-Badwawi, member of the Board of Directors of the Federation, which developed plans and strategies in line with Vision 2038, praising the professionalism of eight players from the national team in German, Portuguese and Greek clubs, and playing in the European Football Champions League. Beach 2022, in addition to the local league and cup competitions.

Sheikh Rashid bin Humaid Al Nuaimi also met with members of our electronic football team and congratulated them on the occasion of qualifying for the World Cup finals in Denmark 2022, after the team topped the Middle East and Africa group, praising the great cooperation between the Football Association and the Emirates Electronic Games Association in developing this game, which has become popular It is widely used by FIFA and is played by a large number of players around the world.