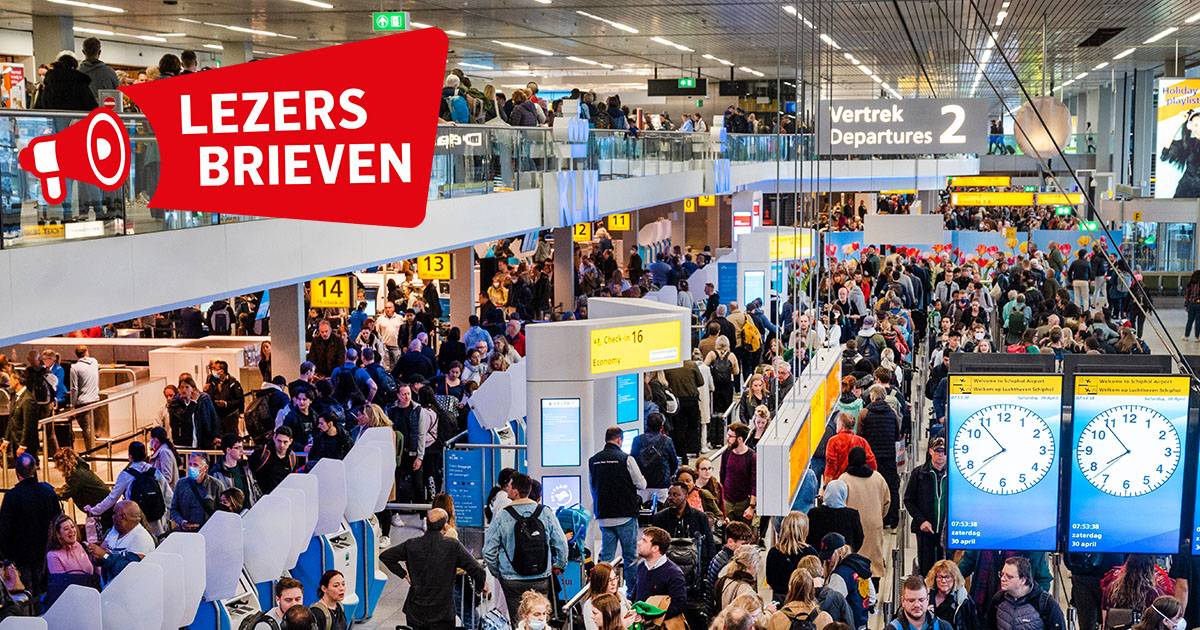 ‘Where’s the long-term vision’ and ‘Can we start a campaign that we want it back on TV?’: These are some responses to news topics that interest readers. Below are the letters to readers that appeared in the newspaper of Thursday 5 May. You can send in a response yourself via letters@ad.nl.

Schiphol | How big is the bonus he will receive this year?

‘This May holiday hurts’ (AD 4-5). Dick Benschop, one of those captains of industry with exceptional talents that we can only keep in for a huge salary and bonus, was not able to cope with the crowds at Schiphol. The corona support has apparently not been used to keep the lowest paid, essential personnel on board. Personnel costs money and shareholders do not like costs. How could the company top have foreseen the May holidays and the upcoming summer holidays? In executive circles you simply notice little of everyday reality. Hundreds of flights cancel, hours of queues and the lowest paid are lucky enough to be compensated for half of the inflation. I’m curious what bonus Dick can get this year for the brilliant way in which he runs his shop. Or is he already applying for an easier and better paying job?

Schiphol II | We are not there with apologies

All politicians and corporate executives apologize if things go horribly wrong under their responsibility or (not) acting. If I accidentally run a red light and it is registered, I can deduct 295 euros from the CJIB. With my apologies, a certain body part is wiped. When will action be taken in this country in which the top layer, who is in charge, excels in short-term thinking? Where is the long-term vision?

NCTV | You must be polarizing as a political party

‘NCTV warned against polarizing politicians’ (AD 4-5). Of course, Denk and the PVV are angry again because they have been ‘designated’ as a polarizing party by the NCTV. You can think all kinds of things about that, but not that these parties are not polarizing. In today’s society you have to be polarizing as a political party if you want to get votes. Look at what happens to non-polarizing parties like the PvdA if you stay neat and in the middle. We live in a black-and-white society and that is reflected in elections. So PVV and Denk: that what you want to be has now only been confirmed.

Snooker | Nice that there is attention for this British sport

‘Ronnie is still going like a rocket’ (AD Sportwereld 4-5). World Snooker Champion Ronnie O’Sullivan is a phenomenon. In addition to darts, snooker has gained popularity in the Netherlands thanks to the BBC. The Dutch are among the top players in darts. And that in turn led to attention on Dutch TV. That is not the case with snooker. It is therefore good that the AD has devoted an article to Ronnie O’Sullivan. The more publicity, the greater the chance that a Dutchman will ever break through British hegemony.

‘Johan Derksen may return on TV’ (AD 4-5). I know everything has already been said, but I still want to let you know that I miss the program. That was our wonderful hour. We always watched or recorded it. What Johan did so well was to say everything as he thought about it. Many can learn something from that. Can we start a campaign that we want him back on TV, especially with the World Cup coming up? And after the summer with the talk show.

Johan Derksen II | Stories from the past

Johan Derksen, Wilfred Genee and René van der Gijp philosophize about the program Today Inside, to give it a restart. In order to guarantee freedom of expression and to silence critics, it might be an idea to Stories from days gone by to name.