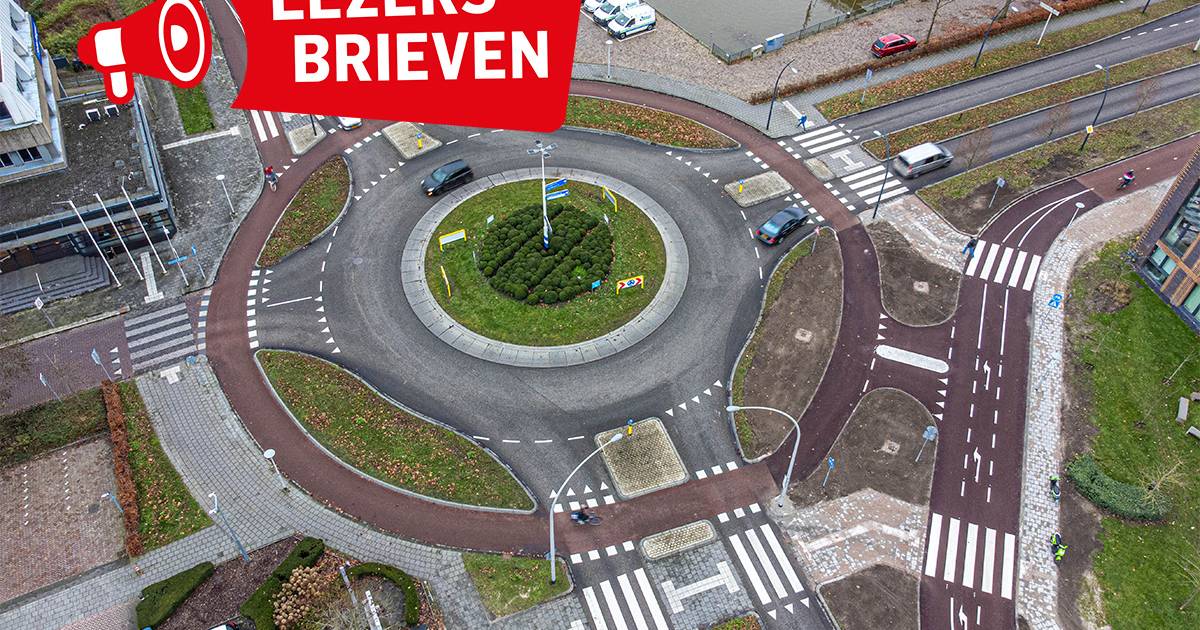 ‘Hope road authorities will put an end to the mess of right-of-way rules’ and ‘If the cabinet decides not to accommodate this group, that is theft’: these are some reactions to news topics that interest readers. Below are the letters that appeared in the newspaper of Monday 23 May. You can send in a response yourself via letters@ad.nl.

Roundabouts | Just wanting to go past makes it unsafe

‘Safe’ roundabouts are often the most unsafe for cyclists’ (AD 21-5). It’s good that the rules are being equalized everywhere, but to place all responsibility for accidents with cyclists is going too far for me. Ever seen how fast cars drive on and over roundabouts where cyclists have right of way? Most hate having to stop and just tear past you while making an apologetic gesture. You as a cyclist then have to stop abruptly and that can cause accidents. So also make rules that motorists must drive more carefully on roundabouts. I myself am a cyclist and car driver. I stop in front of cyclists, so a speeding car behind me almost causes a collision.

Roundabouts do not appear to be as safe for cyclists, especially if cyclists have right of way. Years ago, the Research Foundation for Road Safety (SWOV) conducted research into this, with the result that cyclists with priority on the roundabout are twice as often involved in injury crashes than cyclists who do not have priority. I hope that road authorities will put an end to the mishmash of priority rules that apply to cyclists on roundabouts.

Supreme Court | Obedient citizen should not be robbed

‘Durged saver can still hope for compensation’ (AD 21-5). In December, the Supreme Court ruled that the imposed savings tax was unjustified. The same Supreme Court ruled on Friday that not everyone will receive compensation, only those who objected five years ago. If the savings tax should not have been imposed, this applies to everyone who has paid this tax on income not received. The obedient citizen is once again the loser. If the cabinet decides not to accommodate this group, that is theft.

‘Problems of citizens grow when politicians overcompensate’ (AD 21-5). Why does Rutte survive every debate where doubts about his honesty and integrity are discussed? In my opinion, that answer is not discussed enough, so that we see a repetition of (failing) moves in the House of Representatives. The answer is that the prime minister functions as a spin doctor – working the facts in a direction favorable to himself. He edits everything that is said or asked, never giving a real, direct answer or response. If a MP gets too close, he uses the same ‘frame’: then there is a misunderstanding. In this way citizens will never get the idea that Rutte is saying or doing something wrong. It is a loss that the media let this rest. The solution for politicians? Never attack Rutte, never call him to the Chamber. Ask ministers, including the Minister of Justice: why does the Archives Act not apply to the prime minister?

Texts | Nokia van Rutte does not have a corona detector either

There was a lot of commotion about the text messages deleted by Prime Minister Rutte. What I have not heard from anyone is that he has never used a corona app: you simply cannot install it on an old Nokia.

AOW increase | What a low region, that cigar from its own box

‘Retirees pay for an AOW increase’ (AD 21-05). If, thanks to opposition pressure, old-age pensioners finally thought they would benefit from the much-needed increase in the minimum wage, they would pay for the increase themselves. Tax breaks will be withdrawn, so you might even lose out. What a low area. You can expect nothing less from a cabinet that mainly stands up for the more fortunate.