IndiaReady to fight as long as Modi government is in power: Farmers...
India

Ready to fight as long as Modi government is in power: Farmers leader Narendra Dikait interview 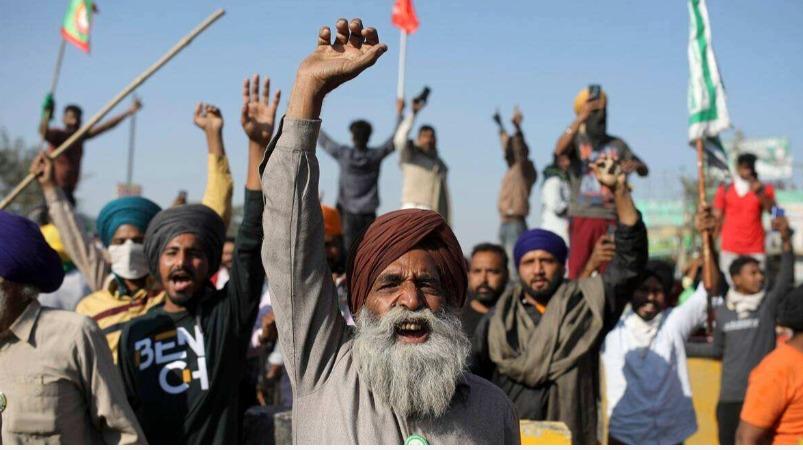 That we are ready to fight as long as the Modi government is in power Farmers leader Narendra was stunned Said.

Farmers across the Delhi border are fighting against the three agricultural laws of the central government. Violence erupted during a Republic Day tractor rally during the peaceful protests. Many peasants began to return home, believing that the struggle would be diverted by the Sikh religious flag hoisted over the Red Fort. The protest has been going on for more than 100 days following the plea of ​​Rakesh Dikait, leader of the Bharatiya Kisan Sangam (PKU).

Narendra Modi, the younger brother of PKU leader Rakesh Dikait. The 45-year-old has been taking care of the family’s farm affairs from Muzaffarnagar without taking part in the Delhi struggle.

In an interview with PTI, he said:

“The central government has disbanded the small-scale agrarian struggles of the past through various maneuvers. But this struggle cannot be done that way. No matter what the government does, we will not disband. Until our demands are met, the struggle will continue. This government has 3.5 years of rule remaining. We are ready to fight as long as the Modi government is in power.

Even though I am here, all my thoughts are on the struggle. I often go to the Gazipur border and see the battlefield. Farmers are struggling with the uprising.

Why can’t the government, which continues to say that crops will be taken at the minimum support price, give that assurance in writing? Did those who said they would subsidize gas cylinders stop it? They want to save the crop and sell it later at the desired price. Agricultural laws Are located towards this.

There are also allegations that we are fighting for money. If a single mistake is proved against one of my family members, we will return from Delhi. ”

Previous articleAlcohol here is for women only!
Next articleTravel pass to put an end to the air travel woes of the Kovid era