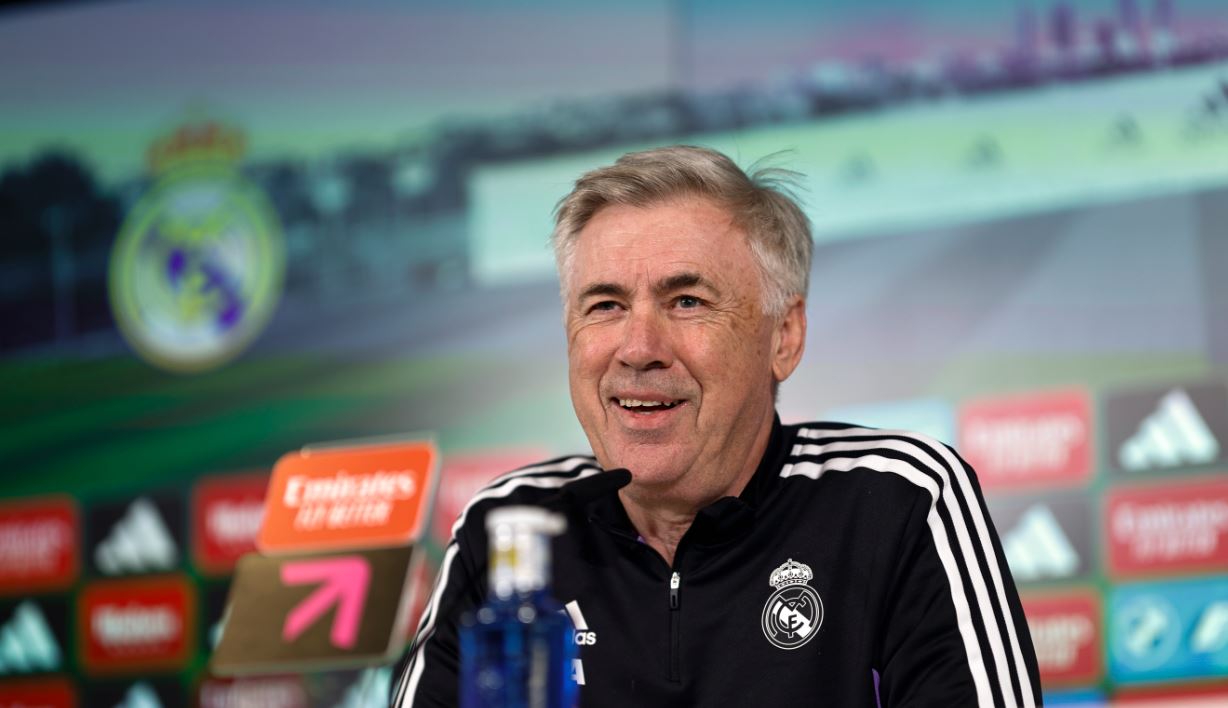 The Italian coach of Real Madrid, the second Spanish Football League, Carlo Ancelotti said that the veteran Croatian midfielders Luka Modric and the German Toni Kroos still play a major role in the Royal Club squad, despite his exclusion of them last weekend.

Real Madrid beat Athletic Bilbao 2-0 on Sunday, and the duo Modric and Kroos sat on the bench, as Ancelotti pushed French Eduardo Camavinga and Danny Ceballos in their place, before involving them in the last minutes that witnessed the German scoring the second goal. Modric (37 years old) and Kroos (33 years old), whose contracts expire at the end of the season, face intense competition this season, as Ancelotti confirmed that Real Madrid is going through a transitional period.

“They are professionals and understand what this club means,” Ancelotti told reporters on the eve of hosting neighbors Atletico Madrid in the King’s Cup quarter-finals on Thursday.
“They know the quality of our squad and I don’t think I have to explain anything. We’ve been talking about it since the start of the season, it’s a transitional moment and everyone has to understand it, young players and veterans.” Modric joined Real Madrid in 2012, and Kroos in 2014 and together they formed an essential part of the team’s success. They have won three La Liga titles and four UEFA Champions League competitions together, among other titles.

Until this season, they formed an amazing midfield with Brazilian Casemiro, but the latter moved to Manchester United at the end of last summer, where Frenchman Aurelien Choameni occupied his position this season. Ancelotti said that although Modric and Kroos were left out of the match against Athletic, they would still play a key role at Real Madrid. “Of course they can play together, they are shining this season and they have been essential, and they will continue to be.”

Simeone proposes to cancel the two extra periods
The Argentine coach of Spanish club Atletico Madrid, Diego Simeone, believes that the cup matches should go directly to penalty kicks in the event that the teams are tied in normal time, without resorting to the extra two halves. The majority of knockout tournaments currently require resorting to two additional periods of 30 minutes in the event of a tie, before resorting to penalty kicks, if it continues to determine the qualifier or the champion.

Simeone said in a press conference on the eve of the confrontation with his neighbor, host Real Madrid, “It is a (penalty penalty) position in the match. We must go to it directly and not go to extra time, I think.” “There is already a lot of playing time,” he added.

The two semi-final matches of the Spanish Super Cup, which were held in Saudi Arabia at the beginning of this month, saw the resort to two extra periods and then penalty kicks to determine the qualifiers for the final match, as Real Madrid and Barcelona defeated Valencia and Real Betis, respectively.