Real Madrid crosses Barcelona and qualifies for the Super Final 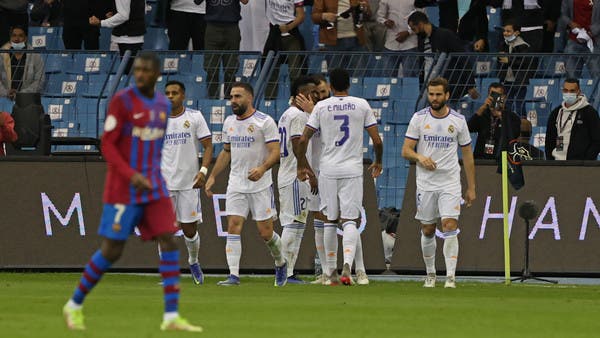 Real Madrid renewed its superiority over its arch-rival Barcelona in the Clasico matches recently, and beat it 3-2 after the extension in the semi-finals of the Spanish Super Cup at King Fahd International Stadium in the Saudi capital, Riyadh, on Wednesday.

Real achieved its fifth victory in a row at the expense of the Catalan team, after it had defeated it 2-1 at Camp Nou in October in the local league, in the first match since the departure of Argentine star Lionel Messi to Paris Saint-Germain last summer.