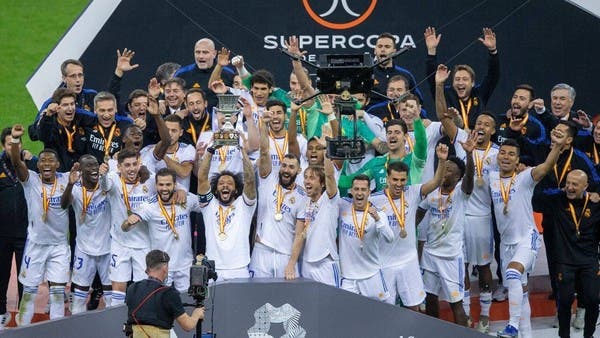 Real Madrid won the Spanish Super Cup after beating Athletic Bilbao 2-0 in the final match that brought them together on Sunday at King Fahd International Stadium in Riyadh.

Real Madrid advanced with a goal scored by Luka Modric in the 38th minute, and Karim Benzema added the second goal in the 52nd minute from a penalty kick. Raul Garcia missed a penalty kick for Bilbao in the 89th minute. Real Madrid finished the match with ten men after Eder Militao was sent off in the 87th minute.

Real qualified for the final match after beating arch-rivals Barcelona 3-2 in the El Clasico match that was held last Wednesday, while Bilbao reached the final after beating Atletico Madrid 2-1.