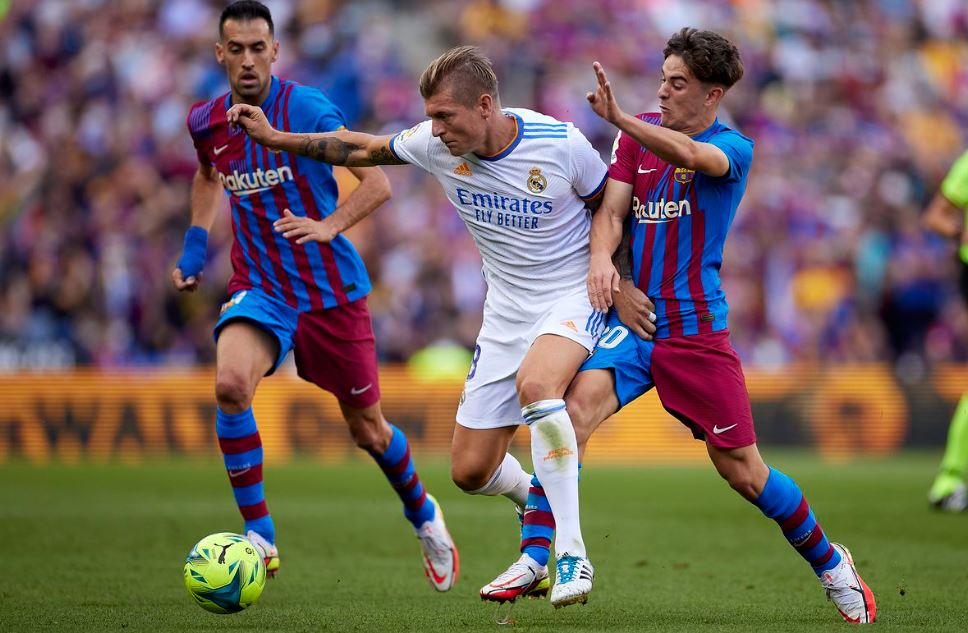 Real Madrid, the champion of the Spanish League and the European Football Championship, will face its rival Barcelona next month in a friendly meeting hosted by the American city of Las Vegas, according to what the two clubs announced today.

The match will be held on July 23 at the Allegiant Stadium, which can accommodate 65,000 spectators, as part of the two teams’ preparations for the start of the Spanish League in August.

Three days after his confrontation with his Catalan rival, Real Madrid will meet with Mexican Club America in San Francisco, before moving to Los Angeles to meet Italian Juventus on July 30.
As for Barcelona, ​​he will prepare to face Real against Inter Miami on July 19 and then face Juventus on July 26 in Dallas, before ending his American tour against New York Red Bulls on July 30.

It will be the second time that Real and Barcelona meet on American soil after July 2017, when they played at the “Hard Rock Stadium” in Miami in front of stands filled with 64,000 spectators, and the Catalan club won 3-2.

Real Madrid won the Spanish League title last season, four stages before its end, 13 points ahead of Barcelona, ​​but the latter achieved a crushing victory in the stronghold of its rival 4-0 when the two teams met at the “Santiago Bernabeu” in March.