Real Madrid fans turned against Modric after his heinous act! 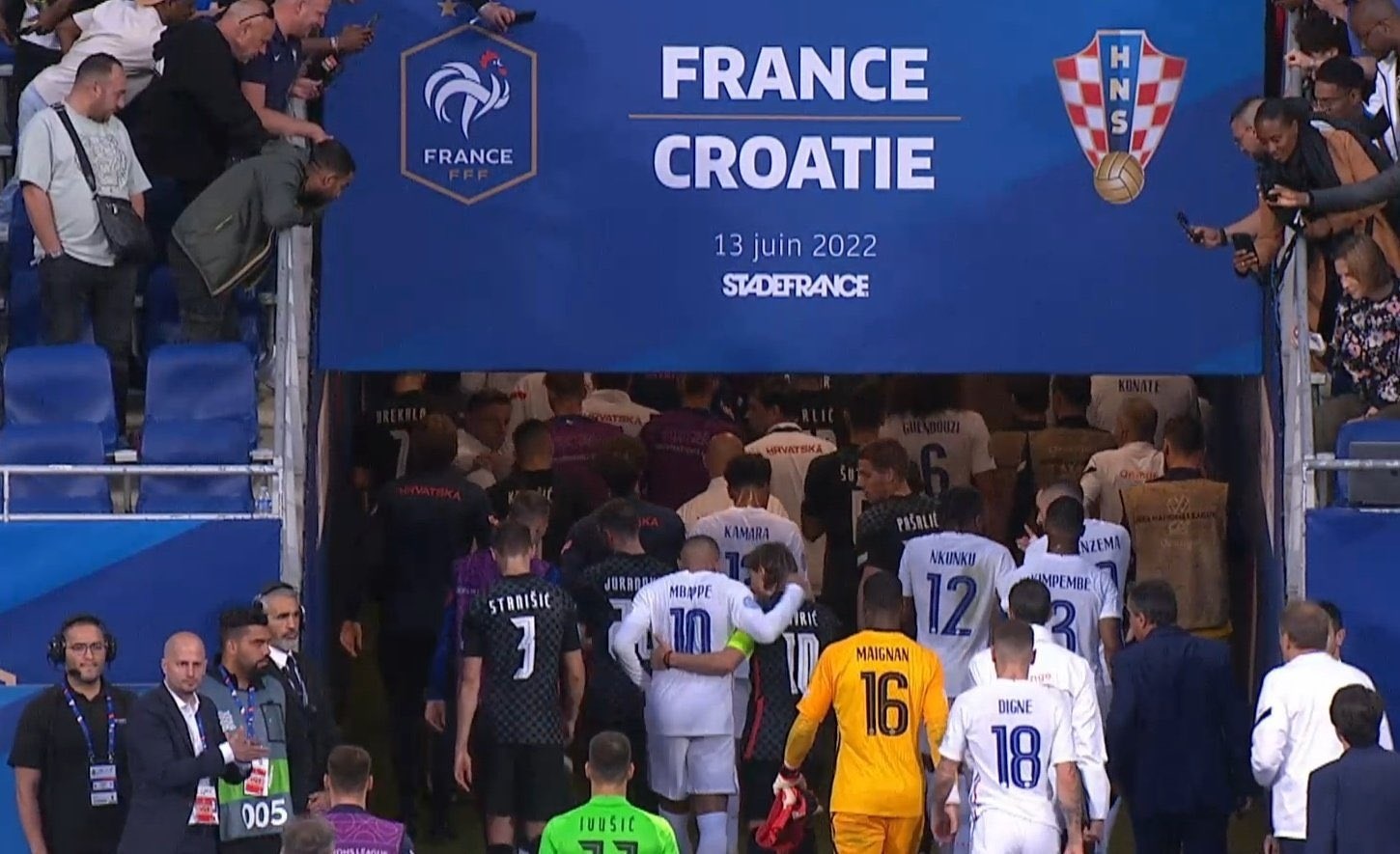 Real Madrid fans turned against the Croatian player, Luka Modric, after he requested the shirt of Frenchman Kylian Mbappe after the end of the two teams’ match in the European Nations League, on Monday, which ended with Croatia winning with a clean goal.

And the official account of the Spanish program “El Chirnjeto” on Twitter stated that the Real fans were angry with Modric, on the pretext that he should not have asked for a player’s shirt. Getting his shirt, I don’t get it.”

On the other hand, sports analyst Thomas Ronsero defended the Madrid star, and said: “Modric asked for Mbappe’s shirt for his teammate, Vida.”

The program praised Modric’s victory over Mbappe and scored the only goal of the match from the penalty mark, at a time when tweeters and interactors criticized the Real Madrid player on the communication platforms and described his behavior as a “heinous act”, as the position of the Madrid fans is still vexed towards Mbappe, who refused to move to the Royal Club in the summer of the year. The current one, preferring to renew his contract with Paris until 2025, surrendering to the huge financial return.