Real Madrid takes revenge on Sheriff and decides his qualification 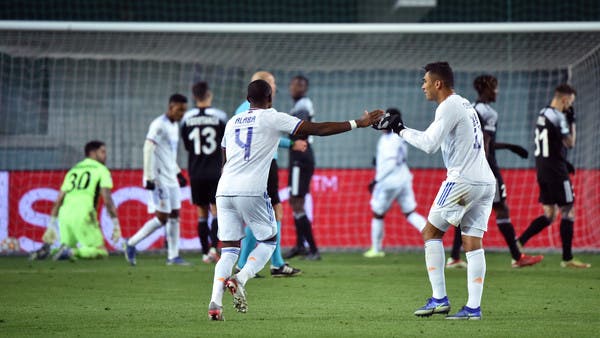 Real Madrid and Inter joined the ranks of the Champions League last 16, after their easy 3-0 victory over Moldovan Sheriff Tiraspol, on Wednesday, in the fifth (penultimate) round of Group D matches in the group stage of the continental competition.

Real Madrid, the record holder in the number of times to win the championship with 13 titles, booked a seat in the playoffs of the competition, after taking the lead with 12 points, two points ahead of its closest rivals Inter, who beat Shakhtar Donetsk 2-0 earlier in the same round, He also reached the next round in the competition, which he won 3 times.

Sheriff remained in third place in the group standings, after his balance was frozen at 6 points, to move to play in the European League, where he meets one of the teams that won the runner-up in the group stage of that competition in order to qualify for the round of 16, while Shakhtar remained at the bottom of the standings with one point. , to officially bid farewell to European competitions this season.

With this result, Real, who achieved their fifth victory in a row in various competitions, avenged their 1-2 loss to Sheriff in the first leg at the Santiago Bernabeu stadium, the stronghold of the Spanish team.

Austrian David Alaba opened the scoring for Real in the 30th minute, then German Toni Kroos added the second goal in the second minute of the calculated time instead of lost for the first half.

French Karim Benzema added the third goal for Real in the 55th minute, to continue his hobby of scoring for the fourth consecutive match in the competition, and raises his scoring tally in the tournament this season to 5 goals.

The match between Real and Inter in the Spanish capital, Madrid, in the last round of the group, became decisive in determining the leader and runner-up of the group, after the two teams secured their qualification for the next round.