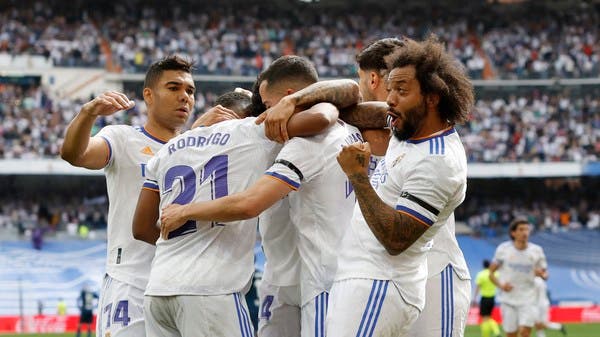 Real Madrid won the Spanish First Division title for the 35th time in its history after winning 4-0 at home to Espanyol on Saturday.

Real benefited from the Brazilian Rodrygo’s double in the first half, before Marco Asensio added a goal ten minutes after the break, then substitute Karim Benzema completed the goals near the end.

Real won its fifth consecutive victory in the competition, to secure the title four rounds before the end, as its score became 81 points, 17 points behind second-placed Seville.

Real coach Carlo Ancelotti became the first coach to win the league title in the five major leagues in Europe, having previously won in England, Italy, France and Germany.