Reasons for Aam Aadmi Party uprising in Chandigarh and Kejriwal’s target for Punjab! 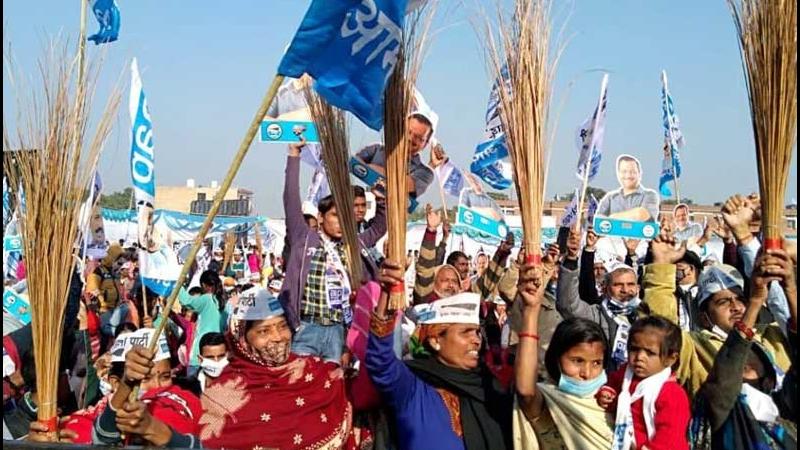 Chandigarh: Punjab – The general capital of the states of Haryana and the Union Territory of Chandigarh held municipal elections. The ruling BJP has suffered a major setback in this election. There Aam Aadmi The party won 14 of the 35 seats and began its electoral political account. The BJP has won 12 and the Congress 8.

Chandigarh is a Union Territory under the direct control of the Central Government. Congress so far there, BJP As have alternately ruled. In a corporation election in such an area Aam Aadmi The party has risen to 14 seats.

Aam Aadmi Model Rule! In Delhi Aam Aadmi It is the model of party rule Chandigarh Listed as the number one reason for people’s conversion. BJP The water tax had been raised by 200 per cent. Thus during his campaign the people were in a state of extreme dissatisfaction Aam Aadmi The party made an election promise to provide 20,000 liters of free water per month to each family if they won. This promise has poured votes into the Aam Aadmi Party.

Wave of dissatisfaction: In the last 2016 municipal elections by the Modi wave BJP won. 21 seats out of 26 seats BJP Captured. SAD won only one place. Since then, the BJP has alternately been the mayor of Chandigarh. BJP During the regime various mass measures were taken to remove solid waste such as maximum charges, water tax and property tax hike. This naturally created opposition among the people. Had to spend even more to buy essentials. This too had caused dissatisfaction among the people. Also, parking fees for vehicles have gone up. In any case, the election echoed opposition to the BJP’s move to raise tariffs.

What is cleaning? Chandigarh City maintenance was poor, despite residents paying for water, electricity and solid waste management. The reason for the BJP’s decline is that the corporation administration has gone so far as to ask what cleaning means. In 2016 Chandigarh The second cleanest city in the country. In 2021 Chandigarh It has been pushed to 66th place in this list. This brought the biggest disappointment among the people. The only remnant is that the Tatumrajah area has become a garbage dump. The people widely accused the government of having no policy or plan for solid waste management. While enjoying the pride of being a clean city the health disorder of the people had a huge impact on the individual. The result is echoed in the election.

Emphasis on local issues: From the day the election was announced Aam Aadmi The party took up local issues. Proposed solutions to it. But, BJP Like 2016, Modi still relied on a single weapon as the wave. Relying only on the Hindutva principle that Jai Shriram BJP The effort was not fruitful. Apart from the local issue, who will listen to the list of developments under the Modi regime? Chandigarh The corporation election is an example.

Second wave of Govt knocks down Modi wave: The second wave of the corona had a major impact on India. That too especially Delhi, Punjab, Chandigarh There was a severe medical crisis in such areas. When we were starving for a hospital bed and oxygen supply BJP People who felt that the councilors did not even take a phone call sent them home safely and gave the Aam Aadmi Party a chance to win.

These are the five factors that have snatched Chandigarh from the BJP. The neighboring state of Punjab is set to go to the polls next year. Chandigarh Competing for the first time in a corporation election Aam Aadmi While the party has won a landslide victory, the party says, “Chandigarh is just a trailer. The real picture is the Punjab Assembly elections.”

Kejriwal’s Mission Punjab! Has established a strong regime in Delhi Aam Aadmi The party has been fielding in Punjab for more than two years. A total of 117 constituencies in the Punjab Legislative Assembly. The winning party in 59 of these constituencies will form the government. In the last election Congress It won 77 constituencies and formed a single party. But Congress Intra-party conflict, Amarinder Singh’s ouster, Sidhu’s action as political shots in the state Congress Political observers say the game has been seen.

To the BJP, which had calculated that the fall of the Congress was in our favor Chandigarh The municipal election has caused a stir. That’s it BJP Volunteers have seen the game. The leadership has also begun consultations on the election defeat.

Prime Minister Modi has repealed three agricultural laws. Is that enough ?! Punjab to win the election BJP When asked by volunteers, political observers say the answer is no. The struggle against agricultural laws is a national issue. There are a lot of local issues in Punjab. How to do it BJP Success is predicted in terms of compensation.

Political observers have argued that Arvind Kejriwal has devised a strategy to fill this void, and predict that this will be the strategy of the Aam Aadmi Party.

He was talking about local issues in the Chandigarh municipal elections Aam Aadmi We have gained the confidence of the people that we are for the common man. The same plan is for the Punjab Assembly elections Aam Aadmi Has taken in hand. Already, Aam Aadmi Party is on the side of teachers who have won the Teacher Qualification Test and are fighting for employment. This is the struggle Aam Aadmi As it is provoked Congress Accusing is a different story. 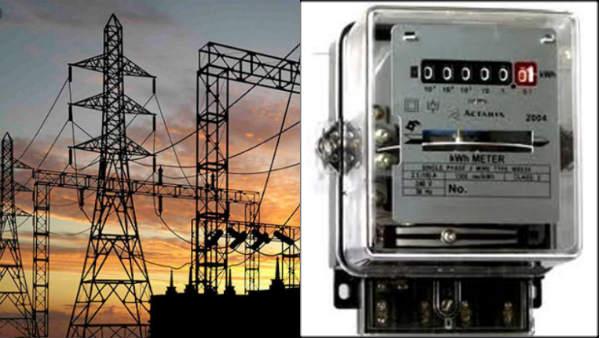 “In Delhi, no electricity is generated. We provide people with electricity from different states. However, there is no power outage. Electricity tariffs are low in the country, which makes it possible. Aam Aadmi The party. We will do the same in Punjab, ”Arvind Kejriwal said.

Shock to whom! Electricity tariff is the focal point of the Punjab elections. That’s it Aam Aadmi Political observers predict a ‘shock’ to the ruling Congress and the ruling BJP. Smaller parties, however, say the hung assembly is likely to be pulled by the BJP. What kind of impact will Amarinder Singh’s party have on this, will Harbhajan Singh join the Congress? We will wait for the main picture to be hypothetical as to what use he will get.