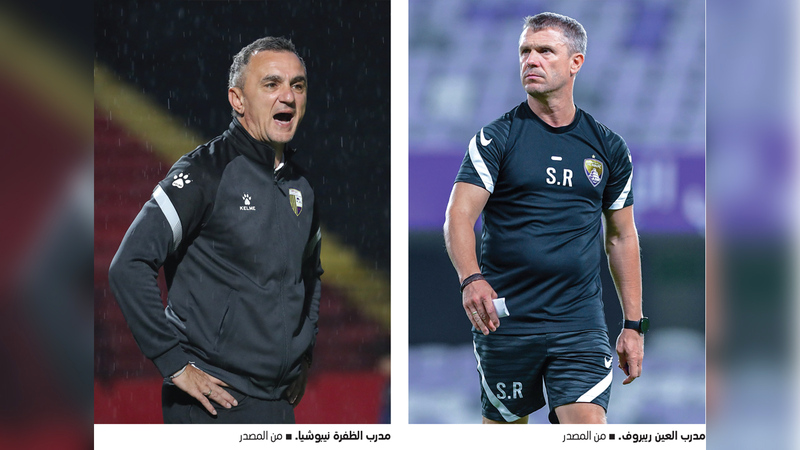 Al Ain team receives its guest Al Dhafra today at 17:45 at Hazza Bin Zayed Stadium in the second round of the ADNOC Professional League, in a meeting led by the historical confrontations between Al Ain coach Rebrov and Al Dhafra coach Nebucha, who met in the Hungarian League in five matches between 2018 and 2021, when they were Rebrov as coach of Hungarian Frinkvaros, and Neposhia for Hungarian Obest. Rebrov won 4, and they tied once.

Rebrov hopes to regain the tone of victory today, after a 1-1 draw against Ajman in the first round, and does not want to widen the difference between him and Al Jazira and Sharjah, the leaders of the league so far, after two rounds.

Al Ain is betting heavily on the league’s top scorer last season, Laba Kudjo, and on his prominent names to overcome the Al Dhafra obstacle today.

On the other hand, Nebuchia Al-Nafs will put an end to the bad historical record in front of Rebrov, and achieve the desired good start for Al Dhafra, who tied 1-1 in the first round against Al Nasr.