Rebrov: My contract with Al Ain is irrevocable. I have one condition to lead the Ukraine national team 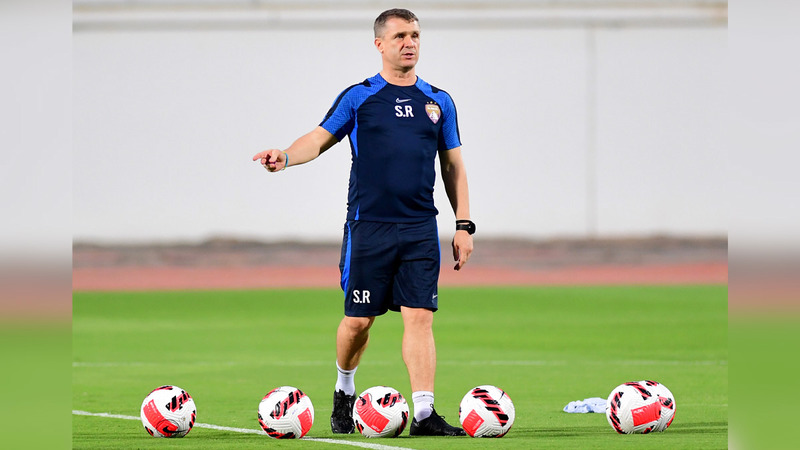 Al-Ain team coach, Ukrainian Sergey Rebrov, admitted his desire to lead his country in the future, but he set one condition to take over the task, which is the approval of Al-Ain Club to terminate the contract concluded between them, which the coach confirmed that it is not severable except by the management of Al-Ain Club Football Company. The footballer, indicating at the same time that he is committed to his contract, which expires next summer, explaining that “any offer should be sent to the management of Al Ain Club, and not by communicating with him.”

The coach said in an interview with the Ukrainian “24 channel”: “I will certainly be happy to work in Ukraine and with the national team, but things do not depend on me, I have a contract with Al Ain Club and it can only be terminated by the club’s management. everything”.

Rebrov indicated that after the end of his contract he will be able to decide on other offers.

The coach had extended his contract with the team before the start of the current season for one year with the team, and rumors had linked the coach to leading the Ukrainian national team earlier.

The Al-Ain coach is highly regarded by the Ukrainian fans, who see him as the most appropriate leader of the national team, especially after the great successes he achieved during his career as a player and coach, the latest of which was the crowning with the “leader” of the ADNOC Professional League and League Cup last season, and he also has Previous experience as a coach in Saudi Arabia and Hungary.

“Any Ukrainian coach who dreams of leading the national team, this is a very prestigious position, a duty to the country that made you a capable person, for me if such an offer came I would be happy to say yes,” Rebrov said.

A member of the Board of Directors of Al Ain Football Club, Majed Al Owais, had confirmed the renewal of their confidence in the coach after the loss from Al Jazira in the third round of the ADNOC Professional League, and he also denied the coach’s desire to terminate his contract.

Al Owais confirmed to Abu Dhabi Sports Channel that it is not true that coach Sergei Rebrov asked to be excused from his mission, pointing out at the same time that there will be a meeting with the coach after the end of the leave to arrange the pause period, and discuss many files related to the team.

On the other hand, Al Ain team resumed its preparations at Khalifa bin Zayed Stadium, the day before yesterday, without its international players, after the short rest they were granted after facing Al Jazira in the third round of the league, and the team is scheduled to continue its preparations on a daily basis, with the possibility of Going to a friendly experience before facing Ittihad Kalba in the fourth round of the league in early October.

“Of course I would be happy to work with the Ukraine national team, but it doesn’t just depend on me.”

“I am committed to my contract, which expires next summer, and any offer must be sent to the Al Ain administration.”