Recommendation to appoint Thierry Henry as coach of Belgium 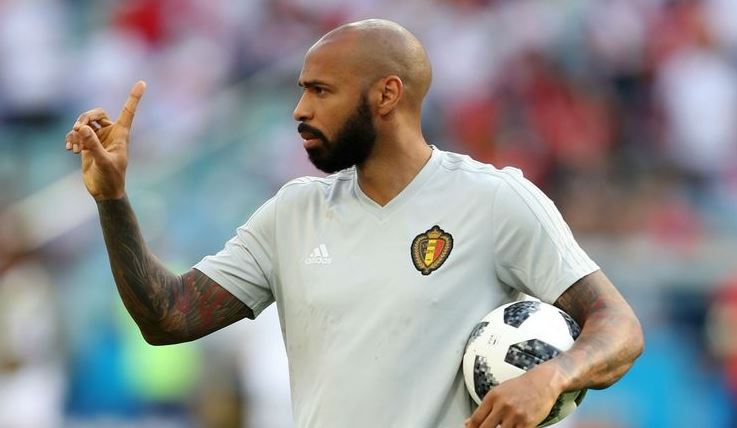 Belgium’s top scorer Romelu Lukaku and veteran center back Toby Alderweireld recommended recommending French Thierry Henry’s candidacy to coach the “Red Devils” to succeed Spain’s Roberto Martinez, whose contract was not renewed after Belgium’s exit from the first round in the World Cup in Qatar. “For me, Thierry Henry is the next coach of Belgium, I have no doubt,” Lukaku was quoted as saying by the “Sky” network in Italy.

As for Alderweireld, he told the Belgian “VRT” network, “Henry would be the ideal solution.” In late December, the Belgian Federation asked coaches wishing to supervise the national team to submit their candidacy, noting that the coach must be a “serial winner with experience managing high-level players.” Both Lukaku and Alderweireld considered that these qualities apply to Henry, and the first said, “He has the respect of all the players, he won everything. He knows how to do the training, and he knows what we need to do to get there. He knows the team and the coaching staff very well. For me, he is the ideal coach for our national team.” the National”. It is noteworthy that Henry worked as an assistant to coach Martinez in recent years.

As for Alderweireld, he said, “Henry won all the titles that you could win. In addition, he knows the team well. I fully understand that the issue of reducing the age of the players is necessary, but you should also know the reasons for our arrival here. Henry knows that very well.”

Lukaku, along with Kevin De Bruyne and goalkeeper Thibaut Courtois, are considered among the pillars of the national team, who are consulted by the local federation to find out their opinion on the identity of the new coach. Former national team goalkeeper Michel Prudhomme.