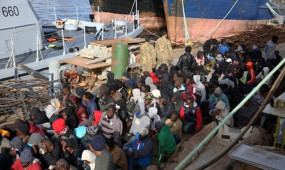 Digital Desk, Ottawa. The United Nations Refugee Agency (UNHCR) said it has rehabilitated 107 refugees from Libya to Canada. UNHCR said in a statement that 107 refugees from Libya have been moved to an emergency transit center in Romania, with logistical support from IOM Libya, to safety. Here their cases will be processed for resettlement in Canada.

Libya has been facing insecurity and chaos since the fall of late leader Muammar Gaddafi in 2011, reports Xinhua news agency, making the North African country a preferred destination of departure for illegal migrants who cross the Mediterranean Sea. want.

So far in 2021, a total of 31,456 illegal migrants have been rescued and returned to Libya, according to the International Organization for Migration (IOM), while hundreds of others have died and gone missing off the Libyan coast along the Central Mediterranean route.