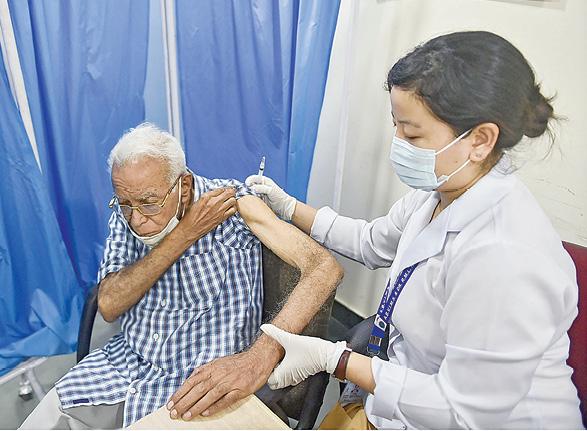 New Delhi: The Supreme Court has ordered that no one should be forced to be vaccinated against corona. The court also ordered the revocation of an order issued by some state governments barring those who have not been vaccinated from entering public places.

Corona virus infection has been causing great harm worldwide for the past 2 years. People are being vaccinated to protect themselves from infection. In India, the vaccine is given to the general public in 2 installments free of cost. Federal and state governments are urging people to get vaccinated voluntarily.

In this situation, the corona infection has been on the rise again in the country recently. Thus, there is a fear among the people that the 4th wave may spread. Consequently, various state governments have again made it mandatory for people to wear face shields in public places. They are also raising awareness about the vaccine. Special camps are set up and vaccinated. More than 189 crore doses have been vaccinated across the country so far. Booster dose vaccination is also given to senior citizens.

Public interest litigation has been pursued in the Supreme Court against the compulsory vaccination. During the trial, he said, “The fact that vaccination is mandatory and that those who are not vaccinated are not allowed in public places is an act that deprives people of their basic rights. This is unconstitutional. Therefore, the order making the vaccination compulsory should be quashed, ”the petitioners argued. The concerned states said that the order was issued considering the safety of all the people.

The bench comprising Justices L Nageswara Rao and BR Kawai, which heard the case, said in an order issued yesterday:

In addition, the federal government should release information about any adverse effects on those who have been vaccinated. According to experts, vaccines for minors must comply with international regulations. Thus the judges stated in their order.