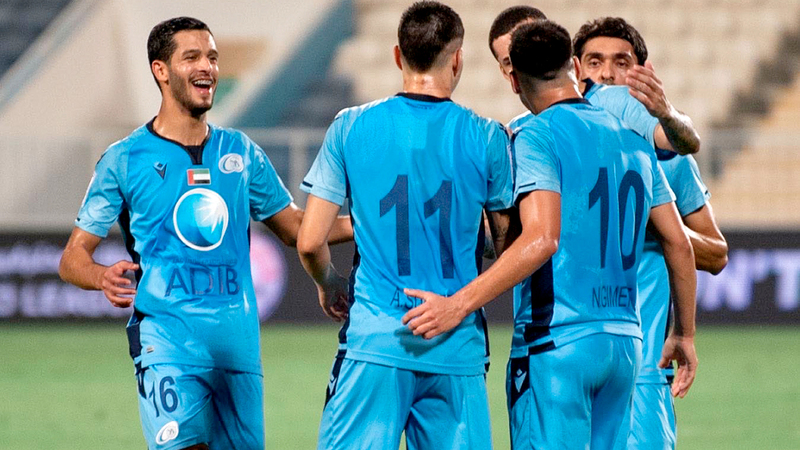 Attention is focused on the confrontation of the Baniyas and Emirates teams at 6 pm today at Al Shamkha Stadium in Abu Dhabi, as part of the third round of the matches to determine the positions of the Football League Cup competition, especially as it is a real “rehearsal” before the expected meeting between them on December 20 in the role of 16 for the President’s Cup.

In the same round, Al Dhafra will meet its guest Khorfakkan at Hamdan Bin Zayed Stadium in Al Dhafra region at six in the evening, and Sharjah is looking for its third victory in a row during the reign of its new Romanian coach Cosmin Olario, while receiving Al Orouba team at 20:15 at Khalid bin Mohammed Stadium Hazana area.

It is noteworthy that the Professional League made amendments to the competition by establishing a one-round league among the six teams that were eliminated from the tournament.

Bani Yas coach, Romanian Daniel Isila, confirmed that he will take advantage of the confrontation to serve as a good training for his team before meeting the President of the State Cup.

He said in the press conference: “The match is a good opportunity to train the players to face the same opponent. In general, we have to enjoy it with our fans, and whoever performs well in the match will win.”

Al-Samawi lost in the first round of the matches to determine the positions at home against its guest Al Dhafra 2-3, and tied against Al-Orouba 2-2 in the second round.

The Emirates team is looking forward to winning, investing in the good morale of the players, especially in the Professional Cup, as it won in both the last two rounds at the expense of Al-Orouba and Khorfakkan with a score of 1-0.

Al Dhafra team raises the slogan of compensation in front of Khorfakkan, and there is no alternative for the owners of the land but to win if they want to improve their ranking, as the team offers fluctuating levels, and the team won in the first round outside its home at the expense of its host Bani Yas 3-2, and lost by a big score In the second round at home, against its guest Sharjah 1-4.

On the other hand, the Khorfakkan team plans to achieve the surprise by returning to the competition at the expense of Al Dhafra, by obtaining the full match points, and the team had lost in the previous two rounds against Sharjah 1-2, and in the face of the Emirates 1-0.

• December 20 is the date for the meeting between Baniyas and the Emirates in the round of 16 of the President’s Cup.

Cosmin is looking forward to his third win with Sharjah

The Sharjah team, during its confrontation with its guest, Al-Orouba team, is looking for its third victory in a row, during the era of its new coach, Romanian Cosmin Olario, who led the team to victory in two previous matches in a row, as it won the first in the league matches over Khorfakkan 3-1 in the first His match led by Cosmin, and the second against Al Dhafra in the Professional Cup, 4-1.

The last meeting between Sharjah and Al Orouba in the professional league in the eighth round ended in a 2-2 draw.

Sharjah is also seeking to achieve its third consecutive victory in the Professional Cup, after achieving two previous victories at the expense of Khorfakkan with two goals against a goal, and over Al Dhafra.

This match is a good rehearsal for the two teams in preparation for their upcoming confrontations in the 11th round of the professional league, where Sharjah will play against Bani Yas, while Al-Uruba will face the Emirates team. On the other hand, Al-Uruba scored the first point in the Professional Cup with a 2-2 draw with Baniyas in the second round, after losing in the first round against the Emirates team with a clean goal. Sharjah occupies third place in the league standings with 16 points, while Al-Orouba occupies the penultimate position with only four points. Both Sharjah and Al Orouba prepared well for this match, in the wake of the league’s suspension due to the national team’s commitments in the Arab Cup, which is currently being held in Doha.