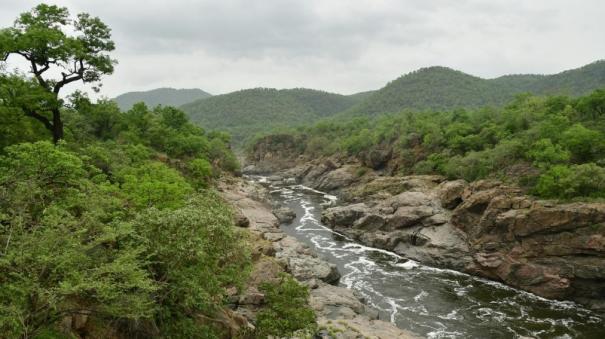 Bangalore: The Federal Ministry of Environment has removed the application seeking permission as the boundaries have not been finalized and submitted in the final draft report for the construction of the dam at Meghathattu.

The Karnataka government has decided to build a Rs 9,000 crore dam across the Cauvery River at Meghattu. The first draft project report was submitted to the Central Government in 2019. It was mentioned that the dam is to be built on an area of ​​5,252 hectares.

The Government of Karnataka submitted the draft report to the Union Ministry of Environment on June 20, 2019. The Tamil Nadu government protested and filed a case in the Supreme Court seeking an injunction against the construction of a dam in Meghathattu. The legislature passed a resolution not to grant further permission to build the dam and sent it to the federal government.

Therefore, the Central Ministry of Environment has rejected the application of the Government of Karnataka for the Megathattu project from the review list. “The boundaries for the construction of the dam at Megathattu have been surveyed and the final draft report has not been submitted. The final draft report did not even get the approval of the Federal Department of Water Resources. As a result, the application for the mega project is being rejected, ”said the Union Environment Ministry.

The Karnataka government is shocked by the central government’s decision. The action will be taken in consultation with the Irrigation Department officials.

Meanwhile, the 16th meeting of the Cauvery Water Management Authority was to be held in Delhi today under the chairmanship of SK Halder. It was stated in the agenda of the commission that the issue of Meghathattu dam will be discussed in it.

Protesting against this, the Tamil Nadu government said, “The case related to the Megathattu Dam is pending in the Supreme Court. Therefore, the mega project should not be discussed in the commission meetings, ”the apex court said.

Representatives of the Tamil Nadu government also met Union Water Resources Minister Gajendra Singh Shekhawat and urged him not to discuss the mega project at the commission meeting. In this situation, the meeting of the Management Commission has been postponed to July 5.