Relief in lockdown, liquor sold by tearing the roof here 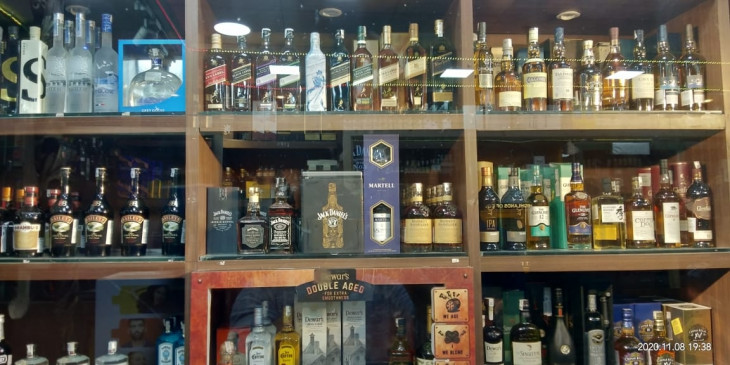 Chennai, June 15 (IANS). The Tamil Nadu State Marketing Corporation (TASMAC) has sold liquor worth Rs 164 crore in just one day in the state.

All liquor shops and bars opened in the state on Monday. According to the TASMAC report, Madurai region saw the highest sales of Rs 49.54 crore, followed by Chennai region with Rs 42.96 crore. Liquor worth Rs 38.72 crore was sold in Salem and Rs 33.65 crore in Trichy region.

However, there was no sale in the Coimbatore region as shops in the area remained closed due to the high number of COVID-19 cases. Shops are closed in Nilgiris, Erode, Salem, Tiruppur, Karur, Namakkal, Thanjavur, Thiruvavur, Nagapattinam and Mayiladuthurai as the number of cases is high.

Pattali Makkal Katchi (PMK) founder President, Dr S Ramadoss has called upon the state government to re-work its policy on liquor and implement complete prohibition in the state for the health of the people of the state. He also said that the TASMAC shops were allowed to function as Chief Minister Stalin claims to prevent smuggling of liquor from neighboring states along with making illegal liquor in the state.

In a statement, Ramadoss said, Stalin should work in his own way to implement complete prohibition in the state of Tamil Nadu for the mental and physical health of the people of the state.