Remkes working on a monster job for farmers: ‘I know what the dilemmas are’ 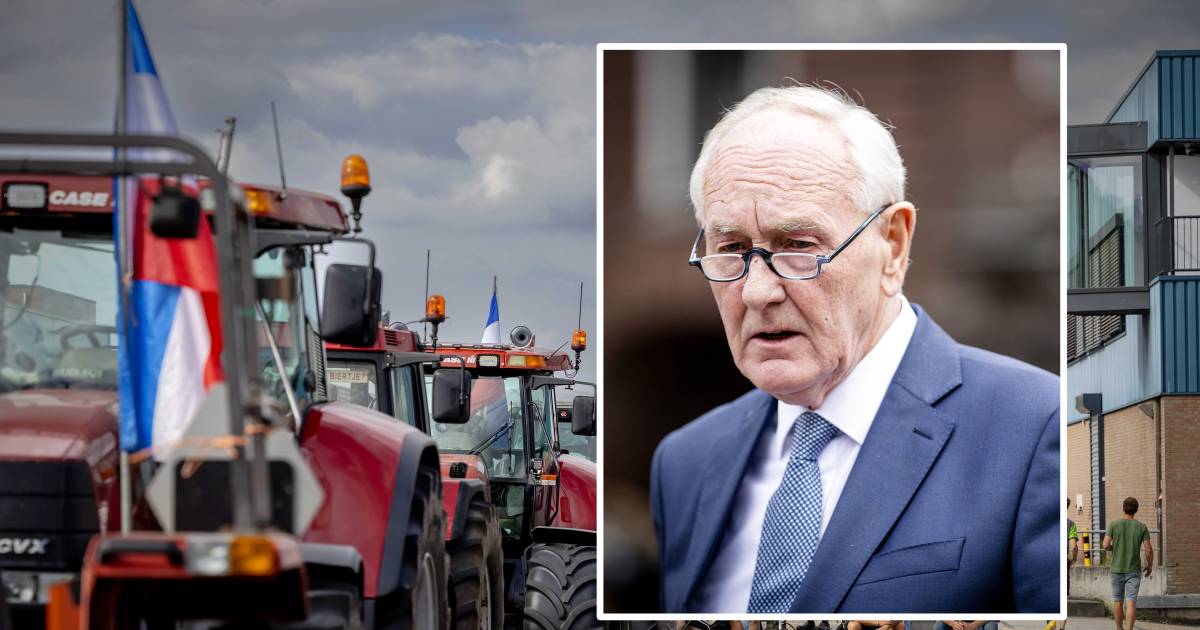 Johan Remkes started his job today to get the cabinet and the farmers back in touch with each other about the nitrogen measures. The problem is, however: the farmers’ organizations refuse to sit down with him. Remkes does not want to anticipate how he will break the impasse. “We do our work in silence.”

This afternoon he will speak for the first time about his assignment with ministers Henk Staghouwer (Agriculture, CU) and Christianne van der Wal (Nature and Nitrogen, VVD). It was the latter, a fellow party member, who asked Remkes almost two weeks ago to take on the role of ‘discussion leader’. Remkes does not have to report to The Hague yet: the meeting with the ministers takes place digitally.

Remkes says he has ‘no opinion’ about why the cabinet came to him. But he does want to make things right. ,,It is a persistent misunderstanding that Remkes first went on holiday. I was already in Italy when Van der Wal approached me. I came back on Monday.”


I’ve seen some comments, of course, but I haven’t spoken to anyone yet

Remkes has not yet had any contact with farmers’ leaders. He was informed that his appointment had aroused resistance from farmers’ organizations. According to LTO and other agricultural clubs, there is no point in talking as long as the cabinet sticks to the goals and pace in the nitrogen plans. “Of course I’ve seen some reactions,” he says.

Remkes has already received ‘a stack of documents’ so that he can read up on it. At the same time, he previously chaired the committee that advised the cabinet on the nitrogen approach. “I know the problem quite well and I also know what the dilemmas are.”

Remkes says he understands that this previous position can also arouse skepticism. Farmers Defense Force (FDF) already called Remkes ‘biased’ for that reason. “I understand that this is a question.”

In that light, however, he was surprised that LTO itself put forward former SGP MP Elbert Dijkgraaf as a mediator on 1 July. “I don’t understand why people didn’t realize that Dijkgraaf was a member of the same committee as the one of which I was chairman.”

Remkes does not want to say anything about his approach just yet, let alone about whether the much-discussed nitrogen map can hold up. “I don’t feel the need to anticipate that at the moment.”

He does say that ‘it can be assumed that the work program will be announced in advance’. What that program entails, he keeps vague. “We’re all going to see that. You will hear from me before the conversations begin.”

Prime Minister Mark Rutte emphasized last Friday that Remkes has an independent position and is ‘not a doll’ of the cabinet. “I would like to say to the farmers: give this man a chance.”

Rutte said he was confident that Remkes would succeed in his mission and that the farmers’ organizations would come and talk anyway. He pointed to Remkes’ years of experience in tough cases. In addition, it was more common that parties first dug their heels in the sand and later changed their minds. Rutte: ,,He is able to get shag rolling parties at the table.”