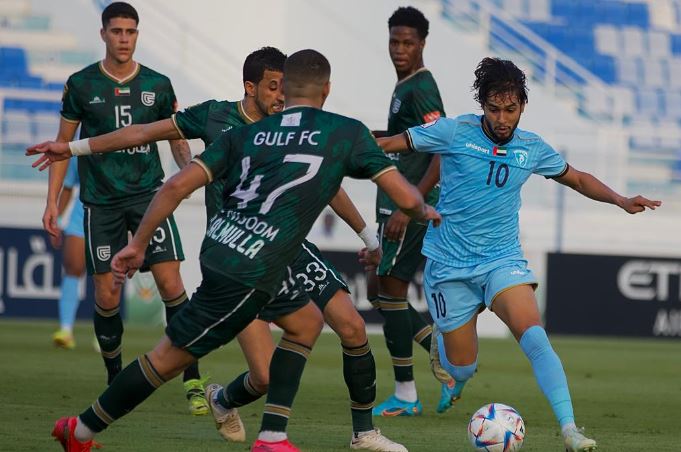 The Hatta team overturned its three-goal lead to win 4-3 against its guest, “Gulf FC”, in the match that was held today in the fourth round of the First Division League. “Remontada” gifted three valuable points to Hatta, bringing it to the same balance as “Gulf FC”. The “Gulf FC” team opened the scoring when its Brazilian player Antonio Soares scored two early goals in the 3rd and 4th minutes, and Ayoub Benito scored for him in the 52nd minute. He scored for Hatta Mohamed Youssef (16) and Ayman Rachouk (62) and (90 +3) and Abdullah Jassim (90 + 1).

On the other hand, Dibba Al-Hisn topped the amateur league, after its victory over “City” by 5-0 to reach the ninth point, where Brazilian Joao Vitor scored Dibba Al-Hisn in the 7th minute, before Omani Mohammed Al-Marboui scored three consecutive goals within seven minutes in (22, 33, 39) in the first hat-trick scored in the current season in the first division, and the last goal was signed by Ahmed Al-Mutawa (90 + 1).