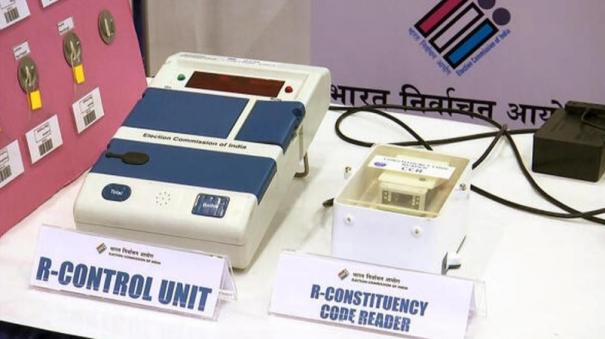 New Delhi: Electronic Voting Machines (EVMs) are currently used in Lok Sabha and Legislative Assembly elections. In this context, the Election Commission decided to introduce Remote Voting Machines (RVMs) to facilitate the voting of migrant workers. For this RVM has been developed by Electronics Corporation of India.

You can vote for candidates from 72 constituencies. The Election Commission has said that the RVM will not be connected to the internet in any way.

Subsequently, the Election Commission had invited 8 national parties and 57 recognized state parties to give a working explanation and ask for their views on RVM.

In this regard, a consultation meeting was held in Delhi yesterday under the leadership of senior Congress leader Digvijay Singh.

Representatives of United Janata Dal, Shiv Sena, Communist Party of India, Marxist Communist Party, National Conference, Jharkhand Mukti Morcha, People’s Democratic Party, Liberation Tigers of India, Revolutionary Socialist Party, Union Muslim League of India participated in it. Rajya Sabha Independent MP Kapil Sibal also participated. At the end of this meeting, it was decided to participate in the meeting convened by the Election Commission and protest against the use of RVM and to meet again on the 25th to plan the next steps.

In this case, the Election Commission yesterday started the process of giving demonstrations and taking suggestions from political parties regarding RVM. You can vote for candidates from 72 constituencies.