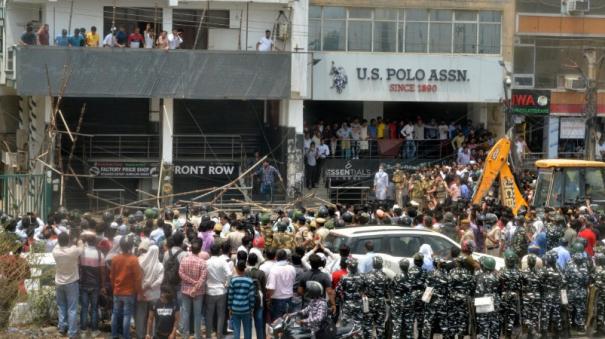 New Delhi: The operation to remove the occupiers in the Baghdad area of ​​Delhi’s Shakin began yesterday.

Delhi is ruled by the Aam Aadmi Party government led by Chief Minister Kejriwal. However, the North, South and East Delhi corporations are under BJP control.

Recently, de-occupation work is underway in all the three metropolitan areas of Delhi. Occupancies in the Jahankirpuri area were recently cleared on behalf of the North Delhi Municipal Corporation administration. The de-occupation work there has been suspended by order of the Supreme Court.

In this context, the task of removing the encroachments on behalf of the South Delhi Municipal Corporation began yesterday. Corporation officials first went with bulldozers to the Shokin Bagh area. There, with the help of the police, action was taken to remove the occupants.

But the people of the area sat in the streets and stopped the bulldozers and engaged in a struggle. The ruling Aam Aadmi Party also fought in support of the people. Thus the task of removing the aggression was hampered.

Meanwhile, a petition was filed in the Supreme Court on behalf of the Marxists seeking an injunction against the de-occupation of the South Delhi Municipality. The petition was filed by Justices Nageshwara Rao, P.R. Kawai came to the hearing before the session.

The judges then said:

Areas of South Delhi Corporation must be cleared if they are to be occupied. Authorities can approach the Delhi High Court if they misuse the law.

The Supreme Court banned the demolition of buildings in the Jahankirpuri area. Now the buildings have not been demolished. Occupancies are removed in areas including sidewalks. None of the victims filed a petition. The petition has been filed on behalf of a political party. No attempt should be made to politicize the Supreme Court. We dismiss the petition.

The corporation administration plans to remove the encroachments in the areas of South Delhi Corporation till the 13th.

Corporation sources said, “On May 9th, in areas including Dakshin Bagh, 10th Bodhidharma Mandir, 11th Meherchand Market, Lodhi Colony, Sai Mandir, 12th ISKCON Temple Area, 13th Kata Colony. We plan to remove the occupants. No action has been taken to target any community. Actions will be taken without prejudice. ”