Renad Al Yafei: My uncle is the reason why I love bikes 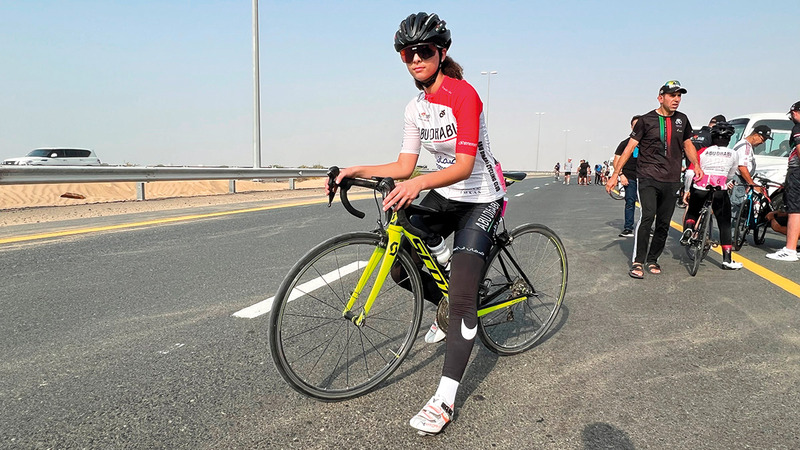 The player of the national team and the Abu Dhabi Cycling Club, Renad Ahmed Al Yafei, 16, revealed the secret of her brilliance in the fields of the game, noting that her uncle, Mahmoud Mohamed Abdo, was the reason for her love for bicycles, even though she played football, basketball and other games, stressing that despite her Four years ago, she succeeded in representing the national team in the combined Arab Championship in 2021.

She told “Emirates Today”: “I started the game of bicycles four years ago, and my uncle was the reason for my love for the game and its practice, which made it a goal and a daily essential thing that I practice to maintain my fitness and training, and this is after he noticed that I love sports, and I used to practice sports like Football, basketball and many other games, so he taught me the game of bicycles, which made me excel in it, and I train five times a week for an hour and a half at least a day.”

She explained, “There is a great role played by the heroic captain of the national team, Youssef Mirza, and Captain Abdullah Swayan, in the constant conversation with me and encouraging me to develop my technical level. what I want”.

She added: “There is nothing easy in life, and I strive to persevere and divide my time between study and training. Every day I go to school and then go home and start preparing for training and head to the club. I played with the national team one tournament, which was in Egypt, and I will continue training in order to be present in the upcoming tournaments.”

• I will continue cycling, and I will not stop until I get what I want.

• I do training five times a week, one and a half hours a day.