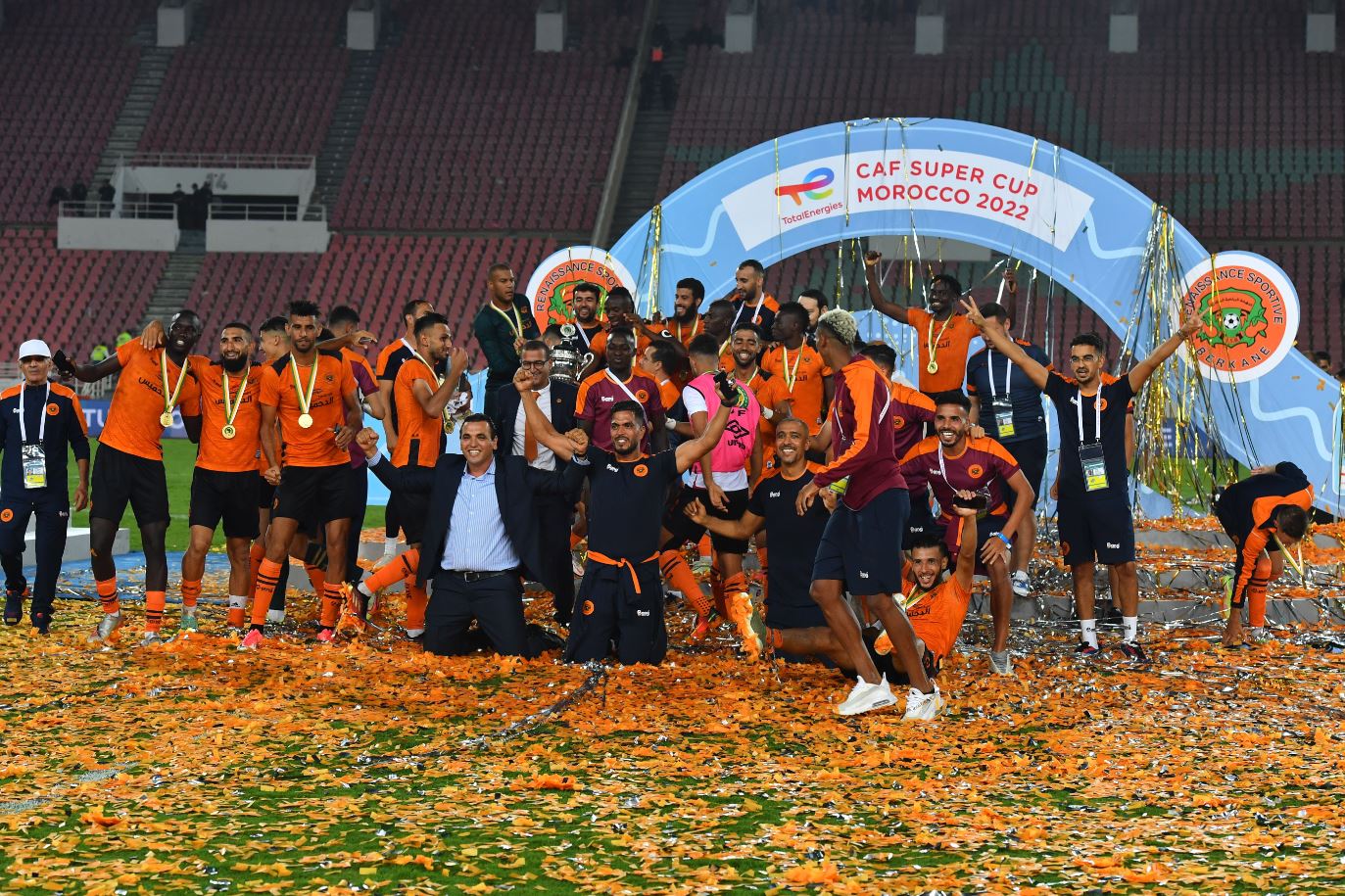 Morocco’s Renaissance Berkane dedicated its honor to its compatriot Wydad Casablanca in the finals, after defeating it 2-0 yesterday at the “Prince Moulay Abdellah” stadium in the Moroccan capital Rabat, to be crowned for the first time in the history of the African Super Cup title in its thirtieth edition. This is the fourth confrontation in the competition between two teams from one country after Al-Ahly and Egyptian Zamalek (1994), Zamalek with the Arab Contractors (1997) and Tunisia’s Etoile du Sahel with fellow Sfaxien (2008).
This is the first title at the continental level in the career of veteran Algerian coach Abdelhak Benchikha, giving Al-Nahda its third continental title after the African Confederation Cup twice (2020 and 2022).

The Oval team failed to avenge its volcanic counterpart, who deprived it of the historic treble, by dropping it in the Throne Cup final on penalties.
Wydad had won the league title along with winning the continental throne at the expense of Al-Ahly of Egypt. The lemon city team won its third title this year after the Throne Cup and the continental title.

Wydad paid the price for the departure of a number of its stars who led him to the continental title about three months ago, especially defenders Ashraf Dari, who moved to French Brest, in addition to the absence of Amin Farhan, as coach Al-Hussein Amota, who replaced Walid Regraki, who moved to supervise the “Atlas Lions” team, was forced “, to push international full-back Yahya Attia Allah in the middle of the defense alongside Amin Abu Al-Fath, and the team also missed the outright spearhead after the transfer of the Congolese scorer Guy Mbenza, who left towards the Saudi Al-Taie, while the new Senegalese striker Junior Sambo did not provide the level expected of him.