Renard: I refuse to be naturalized… and I have nothing to do with Kno 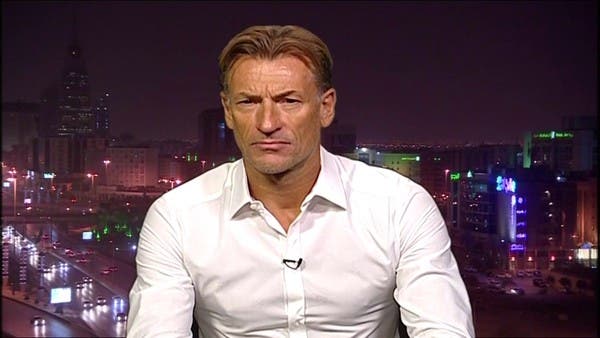 The French coach, Herve Renard, rejected the idea of ​​naturalizing foreign players to participate in the national team, pointing out that he had nothing to do with the case of midfielder Mohamed Kanno and his suspension from participating locally and internationally.

In response to a question about the naturalization of foreign players to participate with the national team in the World Cup, Renard told the “Into the Goal” program: I have not heard about the naturalization of players for the benefit of the Saudi national team, and I do not think it is a good idea because there are a large number of distinguished players in the country.

He continued: I did not interfere in the case of Muhammad Kun, and I was not asked to give my opinion, so I gave it to him, but I do not take decisions, there are regulations that apply, and if there were people who would prefer that Kanu be suspended for a longer period, they certainly have their reasons, but simply if Kanu was punished with a two-month suspension, I would be happy. I was punished in a month I would have been happier, I do not have the power to punish, and I hope that such an event will not be repeated with any player and that it will be a lesson for all.

On the story of reaching the World Cup, the French coach replied: I felt that Saudi Arabia was close to the World Cup after the Australia match, which was held on the last land, because we played well despite the weather conditions that accompanied the match, but we have to know that the most difficult awaits us in the World Cup, as we will face the teams of Argentina and Poland. And Mexico, but we have to be fully prepared, and have confidence because the quality of the Saudi player is very high.

The veteran coach admitted that the lack of participation of the Saudi players mainly with their clubs caused him a problem, and I follow: It is a problem for me, and I have to choose the best players, and let me give an example here with Firas Al-Braikan, who was not playing with Al-Nasr and moved to Al-Fateh and became important in his team and after This is essential for the national team.

And about the return of goalkeeper Abdullah Al-Mayouf, the goalkeeper who retired from international football, he said: I met Al-Mayouf and spoke to him before the Australia match, and I decided to put confidence in the guards who have been with me for the past two years. Al-Mayouf is an outstanding goalkeeper, but I am the one who chose the players, and the door to the Saudi team is open to all players.