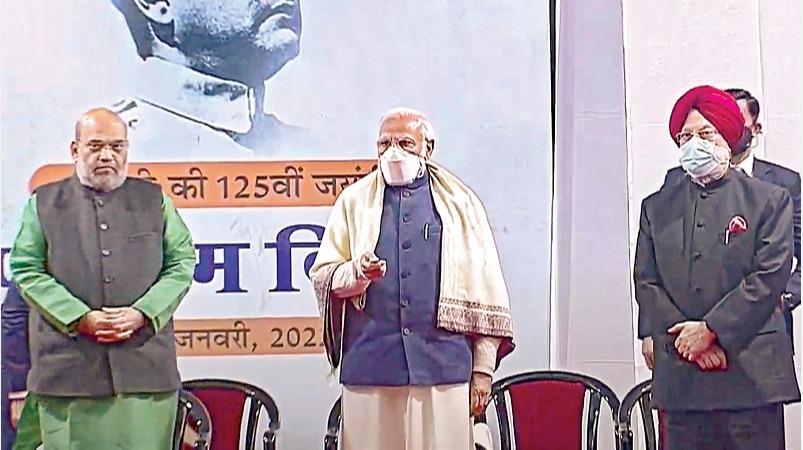 The 125th birth anniversary of Netaji Subhas Chandra Bose, one of the leaders of the Indian liberation struggle, was celebrated yesterday. In turn Prime Minister Narendra Modi He made an important announcement on the 21st. ‘In honor of Netaji Delhi India Gate A huge granite statue of him will be erected in the area. This is the debt of gratitude the country owes to Netaji. Until the statue is installed, his image will be displayed on a three-dimensional electric light (hologram).

To the domination of the English Netaji Subhash Chandra Bose did not submit. He fought valiantly against them, along the coast. In order to honor him India Gate A huge statue of Netaji is to be installed in the area. Until then his three-dimensional Electric light statue India Gate Glowing in the area.

Netaji’s birthday is being celebrated as Daily Parakrama Day. In this regard, the Subhash Chandra Bose Apta Prabandhan Puraskar Awards have been presented today in memory of Netaji, the organization that has served in Disaster Management.

As we have to see independent India Netaji Dreamed. India achieved independence according to his dream. We are going to celebrate the 100th Independence Day in the year 2047. Then we set a goal to create a new India. Everyone must work hard to achieve that goal.

The role of many of the leaders of the post-independence liberation struggle was hidden. We are now correcting the mistakes made in the past in that regard. Netaji We have made the relevant documents public for public viewing. We will continue to work for the betterment of the country with the inspiration we have received from Netaji. We will update the hidden identities of India.

We are now celebrating the 75th Independence Day. This is a period of historical significance. We stand India Gate The area is also a place of historical significance. In this place we have lit a three dimensional electric light statue of Netaji. A huge granite statue of him is to be installed at the same place. This is a debt of gratitude we owe to the leader of the country’s freedom struggle.

Award in memory of Netaji

The Subhash Chandra Bose Apta Prabandhan Puraskar Award has been instituted on behalf of the Central Government to honor selfless, valuable volunteer organizations and individuals in disaster management. The award is presented in two categories, company and individual. Rs 51 lakh cash prize and certificate in the company award, Rs 5 lakh cash prize in the individual award.

Earlier for a portrait of Netaji in the Central Hall of Parliament on his birthday Prime Minister Narendra Modi Flowerpot paid homage yesterday. Lok Sabha Speaker Om Birla, Union Ministers, MPs, former MPs and many others Netaji Flowers paid homage to the film.

A book on Netaji’s biography has been published in Hindi and English on behalf of the Lok Sabha Secretariat. The book was presented to Prime Minister Modi and others.

Prime Minister Narendra Modi tweeted yesterday, ‘On Netaji Subhash Chandra Bose’s birthday, I bow to him. Every Indian is proud of his significant contribution to our country. 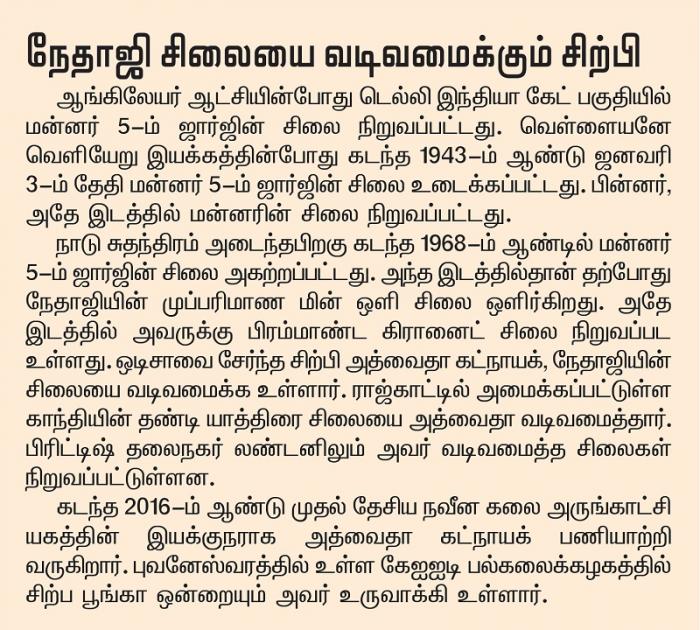