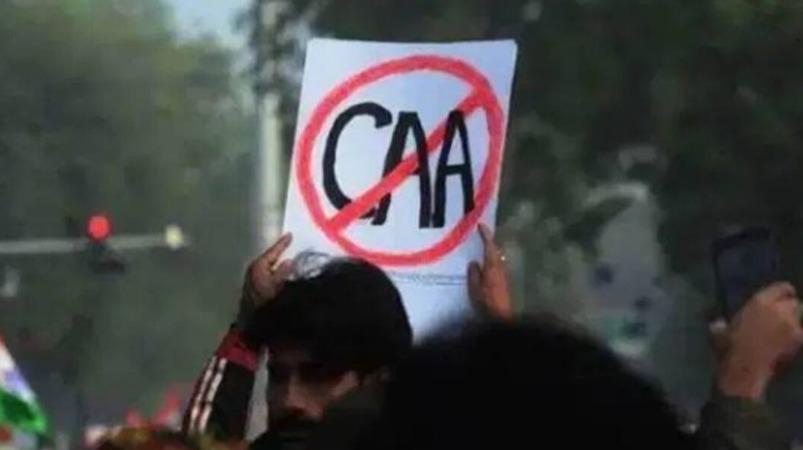 New Delhi: To extend the deadline for the Lok Sabha and state legislatures to formulate the rules of the Citizenship Amendment Act (CAA) Federal Ministry of Home Affairs Has requested.

The Citizenship Amendment Act was passed by Parliament on December 10, 2019. According to the law, “before December 31, 2014, this amendment paves the way for granting Indian citizenship to religious minorities in neighboring Pakistan, Bangladesh and Afghanistan who have been subjected to religious persecution. Hindus, Sikhs, Buddhists, Jains, Parsis and Christians have no proper documentation but can be granted Indian citizenship if they have resided in India for at least 6 years. ”

Although this law has been passed, it has not laid down rules for implementation and enforcement. For this, the Lok Sabha and the states have MPs Parliamentary Committee Created. The deadline for the committee to make these rules has already been extended twice, with the deadline ending on the 9th.

In this context, the Union Home Ministry has written to the states and the Lok Sabha seeking an extension of the deadline. Maybe if the deadline extension is granted it will be a 3rd chance.

A State Council official said, “The Parliamentary Committee on CAA Rules on behalf of the Union Home Ministry has been asked to extend the deadline. No decision has been made yet on that. Pratap Singh Bajwa, the leader of the committee, has left for the Punjab elections. Law cannot be enforced without breaking the rules. The Lok Sabha has already extended its term. ”

The Union Home Ministry has sent separate letters of request to the Lok Sabha and the state legislatures for extension of time. Prior to this, the deadline for extension was April 9, 2021 and July 9, 2021. Federal Ministry of Home Affairs The letter was sent.

If a law cannot be enacted within 6 months of the enactment of a law, the deadline can only be extended a maximum of 3 times, citing the need to divide the rules. It is to be extended for the 3rd time in that category. It is noteworthy that last time the deadline for dividing the rules was extended by 6 months.