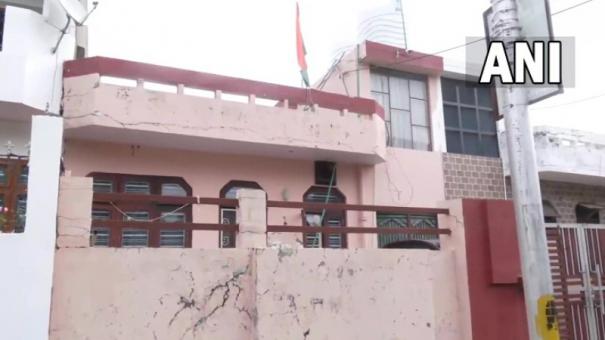 6 members of the same family died mysteriously in Jammu and Kashmir. Their bodies have been recovered. The police are actively investigating the incident.

The incident took place in Chitra area of ​​Jammu. The identity of the deceased has been revealed. Sakina Begum. His two daughters Naseema Akhtar and Rubina Banu, son Zafar Saleem, cousins ​​Noor ul Habib and Sajad Ahmed were deceased.

It is noteworthy that the national flag was also hoisted on the roof of the two houses where the dead bodies were lying.

J&K | Six members of a family found dead at their residences in Sidra area of ​​Jammu. Details awaited.

Threat to Pandits: While 6 members of the same family have mysteriously died in Jammu, terrorist attacks are taking place in Kashmir on a daily basis.

Yesterday (Aug.16) in Kashmir, terrorists entered an apple orchard and shot dead brothers belonging to the Pandit community. One of them died on the spot. One was seriously injured.

Attacks on migrant workers by the Pandit minority community in Kashmir have been on the rise in recent times. Three months ago, a Kashmiri Pandit was murdered in a government office in Putgam district. The Pandit community staged massive protests after the incident. As their lives and property were not guaranteed, they staged protests demanding that they all arrange to return to Jammu. After Budgam incident, 5000 Pandits started working safely instead of going to government jobs.

In this case, attacks on Pandits continue. It has been warned that such attacks will continue. Kashmir Freedom Fighters claimed responsibility for yesterday’s attack. It is a branch of the banned Al Badr Organization. In a statement released by the organization, it said that they have targeted the Pandit brothers for promoting the tricolor rally in Kashmir.