Rescuers pulled a car that fell through the ice in Lukhovitsy 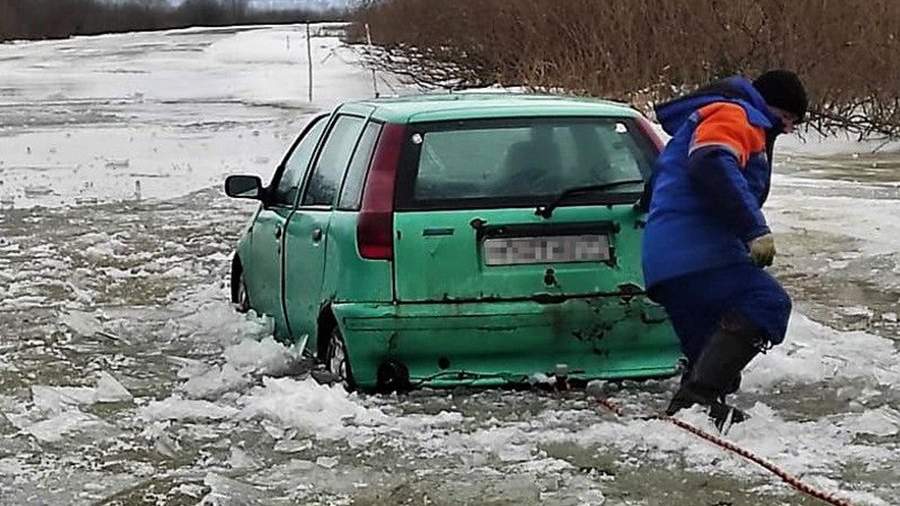 Rescuers recovered a car that had fallen through the ice in the Moscow region. This was reported on Monday, January 16, in the press service of the Moscow Regional Fire and Rescue Service.

The incident occurred in the urban district of Lukhovitsy on a section of the road flooded due to the flood of the Oka River. A 66-year-old man called 112 for help. He explained that he had gone to the hunting grounds near Slemsky Borok. He hoped that the ice on the track would withstand his small car, but the ice surface was fragile, as a result of which the car, along with the driver, ended up in the water, the Moskva city news agency notes.

The man was able to get out of the car on his own. Rescuers who arrived at the scene attached a cable to the body of the car and pulled it out of the water using a Khivus-6 hovercraft, after which they towed it to a safe section of the road. The driver did not require medical attention.

To help the population during the flooding of the road section, a round-the-clock duty of rescuers was organized.

On January 15, rescuers of the Moscow region listed reservoirs with thin ice. Mosoblpozhspas specialists patrolled 53 water bodies in the region. So, you can fail when you enter the ice of the Moscow River in Mozhaisk and in Bronnitsy, on the Yauza in Mytishchi, on the Volkhonka River in Pavlovsky Posad, on the Klyazma in the Bogorodsky urban district, on a reservoir in Orekhovo-Zuevo, on the Volga in Dubna, on Pekhorka in Balashikha and Nakhabinka in Krasnogorsk, the 360 ​​TV channel notes.

He noted that while patrolling the reservoirs, the rescuers reminded the fishermen of the rules of safe behavior on the icy surface of the reservoirs. Also, fans of winter fishing were reminded of the algorithm of actions in case of failure under the ice, writes RIAMO.

Earlier in January, two 10-year-old boys fell through the ice on the Angara River. When the children moved away from the shore by about 20 m, the ice 5-7 cm thick could not stand it and broke through. One child managed to get out of the water and, with the help of objects handed over by adults, saved his friend, NSN writes. The adults took them to a warm room where they waited for the arrival of their parents and the police. Protocols were drawn up against parents for improper performance of duties for raising children.