Resident of Ter Apel catches asylum seekers in his camper: ‘Big mouth instead of sorry’ 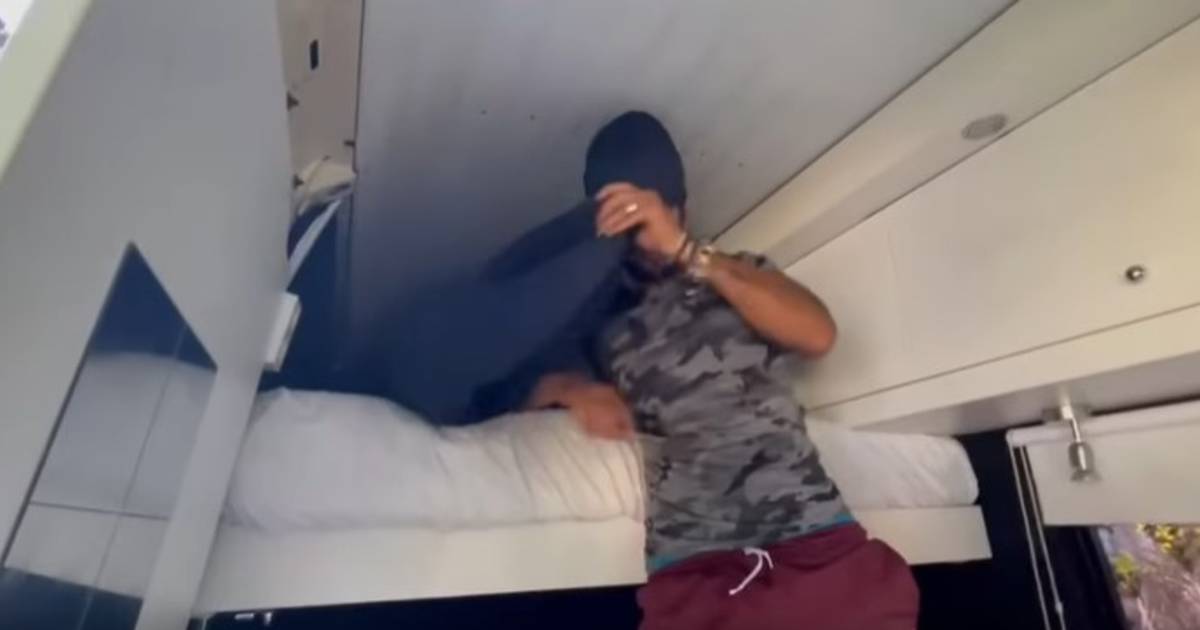 with videoHe has never experienced any nuisance from the asylum seekers and even had a little sympathy for them, but Peter Mulder (32) from Ter Apel has changed his mind since today. This morning he discovered two asylum seekers in his motorhome parked next to the house. “Their brutality surprised me,” the young father told this site looking back.

His wife, who wanted to go shopping, saw unknown slippers in front of the side door of the camper around eight thirty. A split second later she noticed that the sliding door was slightly open. She yelled at her husband to come out. ,,When she pointed to the camper, I knew immediately that something was not right. After carefully sliding open the side door, I saw empty pizza boxes and beer bottles. Moments later, two young men, about 25 years old, climbed out of the high bed at the back. They had apparently slept there, because their eyes were only half open.”

“Without feeling any fear,” he told the stowaways to leave. “They reacted angrily but packed their things and came out. I am peace itself and stood there and looked at it. Instead of saying sorry, they started cursing and raising their middle fingers. I’ve been in the car trade for quite a few years – I import cars from America – but I’ve never been treated so antisocial,” says the thirty-something with a deep sigh.

He had filmed the incident with his cell phone and then posted the video on Facebook. To remove it an hour later. “The video had been shared more than a thousand times and dozens of responses were received within a few minutes. After an hour the counter was at about three hundred.”

The car dealer lives one kilometer from the application center in Ter Apel, but has never been bothered by the asylum seekers until today. He even had a little to do with them, he continues. “I think the brutality of these guys is going too far now.” Mulder uses the camper to attend cross-country races of his 4-year-old son and therefore calls the camper his ‘cross bus’. “Although the asylum seekers did not break in – the camper was locked, but the sliding door not because this can only be done from the inside as a kind of child lock – but they were a nuisance to us.”

Because of the reception problems in the application centre, the asylum seekers start to roam, Mulder learned from the police. “They break open caravans and sleep in boats in the canal. I can’t blame them if you have to sleep outside with seven hundred people, but that does cause a nuisance. Tragic. There are only losers in this story”, Mulder sighs.