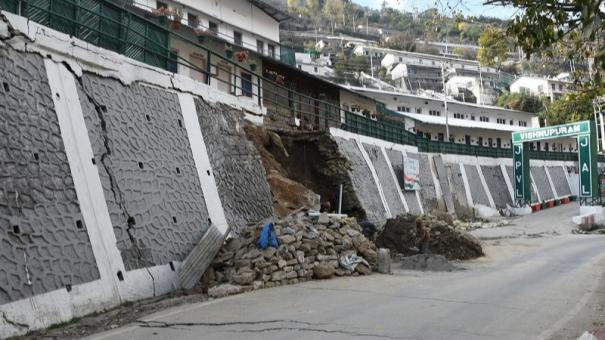 New Delhi: Joshimath city located in the Himalayan region of Uttarakhand has been experiencing landslides and landslides for the past few months. Due to this, the temples, houses, shops and hotels in the city have developed huge cracks and the buildings are being buried in the soil.

Around 800 buildings in the city have been declared uninhabitable.

In this context, the demolition work of 2 hotels operating in Joshimath Nagar started yesterday. Army, police and National Disaster Response Force personnel have been mobilized as a precautionary measure.

Meanwhile, to save the Joshimath city from destruction, the hydropower plant works near the city should be stopped. Lawyer Rohit has filed a case in the Delhi High Court seeking to stop the Sardar Highway, which is being built to connect Uttarakhand’s tourist destinations.

The case came up for hearing yesterday before a bench of Chief Justice Satish Chandra Sharma and Justice Subramaniam Prasad. In the petition filed on behalf of the Uttarakhand government at that time, “People affected by landslides, landslides and house cracks in Joshimath city have been taken to safe places. Necessary steps are being taken to resettle them. They will be provided with necessary relief. 2 teams have been formed to resettle the people,” it said.