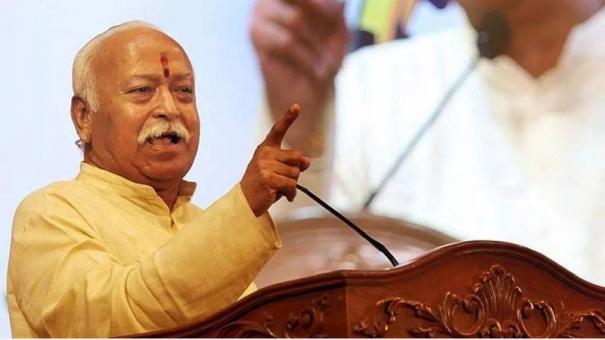 Nagpur: RSS leader Mohan Bhagwat has said that personal freedom of same-sex relatives should be respected. He said this in an interview to Panjajanya, the official magazine of the RSS.

In his interview, he said, “People with same-sex attraction have existed since the dawn of humanity. It’s biological. It’s a way of life. So society should give heterosexuals their personal freedom. They should feel like they’re part of society. It’s a very easy problem. These relatives This problem can be solved by promoting a positive attitude towards the problem.Any other way of solving the problem will be ineffective.

Hindu society has been facing war for more than a thousand years. This war has been against encroachment by foreign invasions, influences of foreign ideologies and foreign conspiracies. The Sangh Parivar has done what it can to help in this war. A lot of people have talked about this. This is why the Hindu society woke up. So it’s only natural that people at war are a bit ferocious. India has always been Akanda Bharat. But India is divided whenever it forgets its Hindu spirit. Hinduism is our identity, our cultural identity, our nationality. As Hindus we do not say that we are right. You are in your opinion. We are correct in our opinion. Why the fight in this. “Let’s go together is the vision of Hindus,” he said.