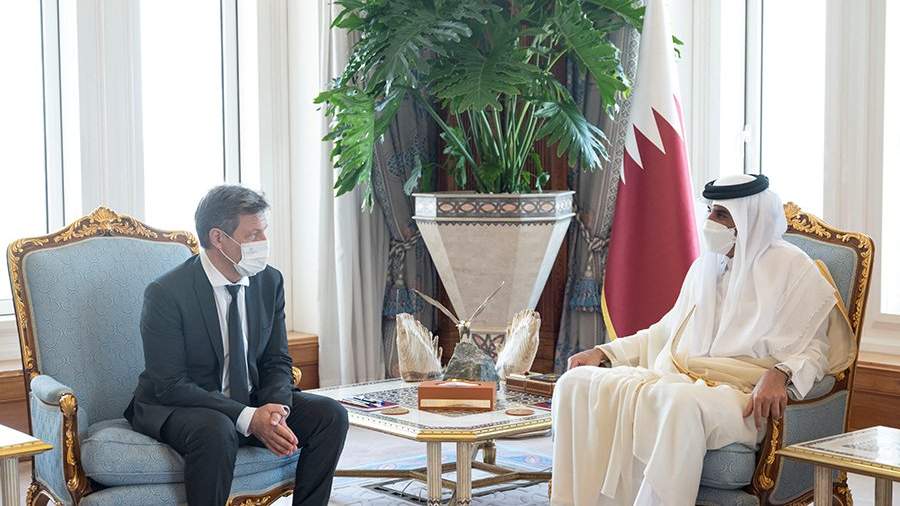 Representatives of Germany and Qatar disagreed on the duration of the contract for the supply of liquefied natural gas (LNG). This was announced on Monday, May 9, by the Reuters news agency, citing sources.

Germany and Qatar have struggled to negotiate long-term LNG deals amid disagreements over key terms.

Another stumbling block was the provision according to which Germany will not be able to redirect energy to other European regions.

Thus, until Berlin and Doha come to an understanding, it will not be possible to establish exports. German gas companies are expected to resume negotiations with Qatar during May.

Earlier, on April 30, an expert from China noted that fuel imports from Qatar and the United States could indeed become a substitute for Russian raw materials. However, these regions have not yet established a large-scale and stable oil and gas transportation infrastructure with Europe.

On May 2, the head of the largest German energy concern E.ON, Leonard Birnbaum, said that Germany was unlikely to survive without Russian gas for the next two winters. According to him, the refusal of gas from the Russian Federation will lead to negative consequences in the economy and industry of Germany.

On April 22, it became known that the gas embargo would cost Germany €180 billion. On the same day, German Chancellor Olaf Scholz said that the embargo on Russian gas, if introduced by Germany, would not bring quick peace in Ukraine. He also clarified that it is also important for Germany itself to avoid a serious economic crisis.

On April 15, Deputy Prime Minister of the Russian Federation Alexander Novak reported that Europe currently has no reasonable alternative to Russia’s resources, the fate of industry and the Europeans themselves depends on the rationality of the EU. It is unlikely that it will be possible to completely replace Russian oil and gas in the next 5-10 years.

On March 28, German Vice Chancellor Robert Habeck said that the G7 countries refused to pay for gas in Russian rubles. According to him, the member states of the alliance are ready for various scenarios, including stopping the supply of Russian gas. He stated that payments in rubles for energy resources are unacceptable, and the German authorities intend to urge companies not to comply with this requirement of Moscow.

On March 23, Russian President Vladimir Putin announced that the country would switch to paying for gas supplies to unfriendly states in rubles. On March 31, a corresponding decree was signed. Buyers had to open ruble accounts from which gas payments are made. After that, some Western countries said they were not going to follow Moscow’s demand. So, due to the refusal of Bulgaria and Poland to switch to this scheme, on April 27, Gazprom stopped deliveries to these countries. At the same time, on May 1, the head of the office of the Hungarian Prime Minister, Gergely Guiyash, said on Rádió Kossuth that Hungary, along with nine other countries, had already opened accounts with a Russian bank to pay for gas according to the proposed rules.

Putin’s instruction to convert gas transactions into rubles came against the backdrop of anti-Russian sanctions imposed by a number of foreign countries in response to Russia’s ongoing special operation to protect Donbass since February 24.