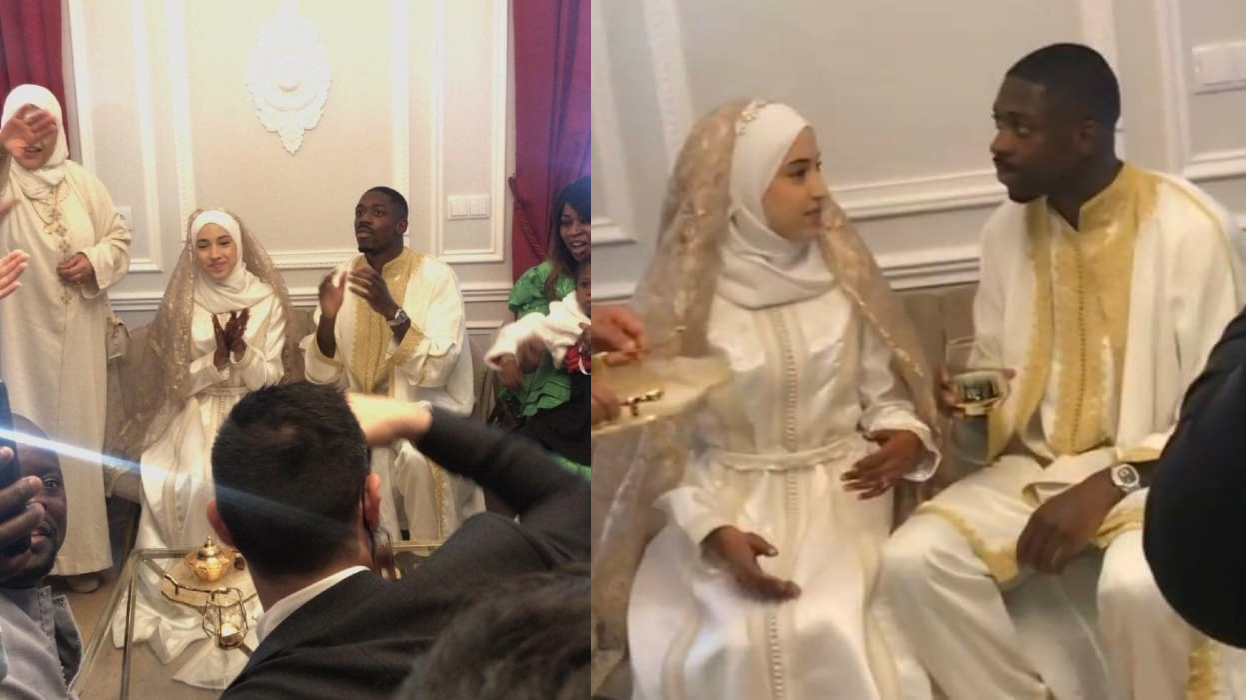 Many European media sites, including the French in particular, were surprised by the reticence insisted on by the Spanish star Barcelona and France national team striker Othman Dembele, regarding his Moroccan wife, whom he married a few days ago, at a family party for close people, and some of Dembele’s friends, including Bayern star Obamecano. The most prominent question on the lips of many media outlets and social media pioneers over the past hours was, who is the girl who captured Dembele’s heart and married her?

According to information published by the Moroccan electronic newspaper, “Agadir 24”, it is a Moroccan girl who is about 5 years younger than Dembele, and who has French citizenship. Other sites reported that she immigrated as a child with her family to France many years ago, where she studied and graduated in medicine, and is currently working in a hospital in the Catalonia region in Spain, where Dembele has been playing for years with the Barcelona team.

The girl belongs to a conservative Berber family from the Souss region in southern Morocco in Agadir. Dembele met her many months ago, and then decided to marry her. Dembele appeared happy with his wife and their relatives during the ceremony, which was held in the Moroccan way, in a white robe for Dembele, and a dress embroidered in the traditional Moroccan way for the bride, and the “Daqqa Marrakech” ensemble also appeared, with the Moroccan “Amariah” that is used to celebrate the newlyweds, etc.

The great surprise revealed by the Moroccan newspaper, Tel Quel, was that the wife’s family, whose name is not yet known, held an engagement party in Agadir, attended by Dembele and members of his family last June, without announcing it at the time. Preparations were made for the wedding, which took place a few days ago. It is expected, according to Spanish newspapers, especially Catalan, that this is an indication of Dembele’s continuation with Barcelona, ​​especially since his wife has been working and settled in Catalonia for a long time.

It is noteworthy that Dembele’s contract expires next June, and there are strong indications that Dembele will renew it, especially in light of his brilliance in the recent period with the Catalan team. And the strange thing, according to Spanish newspapers, was that many of Dembele’s colleagues were surprised by the news of the wedding, and they were not invited, and this was explained due to the return of strict measures in Catalonia on gatherings, especially in light of the high infection of the new Corona virus “Omcron mutated”.

Dembele is so happy 😂😍 pic.twitter.com/qP5fMKmWw7