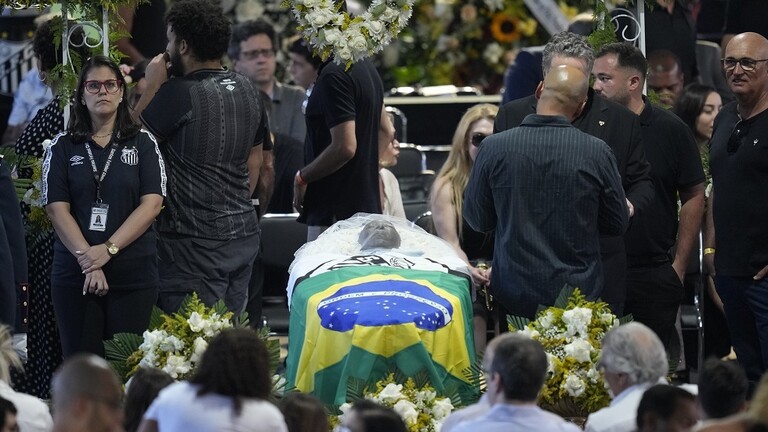 Swiss President Gianni Infantino revealed the reason behind filming next to the coffin of the late legend Pele, as Infantino caused controversy after he was seen smiling next to Pele’s coffin while taking a “selfie” with Lima, Pele’s former teammate in Santos.

Infantino participated in the condolence of the legend, who died last Thursday, at the age of 82, after a long struggle with cancer, and the fans stood in a line of more than a kilometer long to bid farewell to the Brazilian king in a historic scene.

The FIFA President revealed the secret of this photo, saying: “I would like to make it clear, that I had the honor of asking some colleagues and members of Pele’s family to take a photo with me, and I obviously agreed immediately. “.

He added: “As for the selfie specifically, Pele’s colleagues asked to take a group photo of us but they didn’t know how to do it, so I took someone’s phone and took the picture.”

And Infantino expressed his willingness to be exposed to any harsh criticism in order to provide assistance to Pele’s colleagues who contributed to writing the legendary pages of football.