Revenues of the Saudi Tadawul Group in detail… and annual dividends 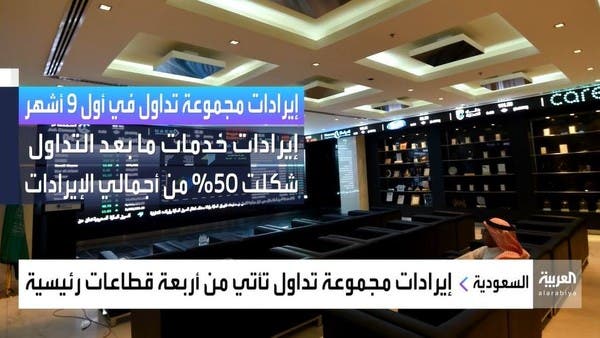 Today, a milestone in the history of the Saudi Tadawul Group began, 14 years after the company was established in 2007, with the start of the period of ordering and building the order book for the participating categories of institutions and companies.

This step comes after the group completed the reorganization of its structure at the beginning of 2021, to include four companies that formed a diversification in the group’s revenues as a whole, which exceeded 900 million riyals in the first nine months of this year.

In third place comes technology and market data services revenue, which made up 8%, while listing fees accounted for 6% of the group’s total revenue in the first nine months of 2021.

The group’s revenues increased by 30%, in this period, as a result of new listings and higher trading values.

The Tadawul Group adopted a fixed policy in distributing profits in the past three years from 2018 to 2020, where it distributed 120 million riyals annually, and distributed 1.12 billion riyals last June, which was the share of the main investor in the group, the Public Investment Fund, which will have a 70% share. From the group after offering a 30% stake, starting today.