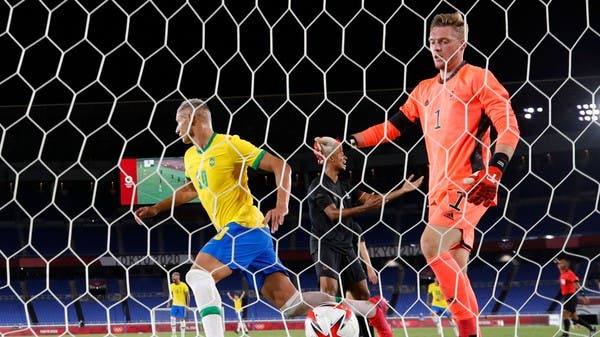 
Richarlison led the Brazilian team to a 4-2 victory over Germany in the second match of Group D in the men’s football competition at the Tokyo Olympics.

The Brazilian team ended the first half with three clean goals, scored by Richarlison (hat-trick) in the seventh, 22 and 30 minutes.

In the second half, the German team scored two goals through Nadim Amiri and Ragnar Ace in the 57th and 84th minutes, before Paulinho scored the fourth goal for the Brazilian team in the fifth minute of overtime.

The match witnessed the expulsion of Germany’s Sasa Kicharevich in the 63rd minute, and Matthews Konya, Brazil’s player, missed a penalty kick in the second minute of overtime for the match. The Brazilian team won its first three points in the current edition of the tournament, and the German team remained without credit.

NTR who bought a luxury car .. where is the first ride?

The White House reported on contacts with Russia on cybersecurity

Sonu Sood with a packet of bread free for ten eggs, a mini ‘supermarket’ on a bicycle