Richarlison scores the winning goal for Everton against Chelsea 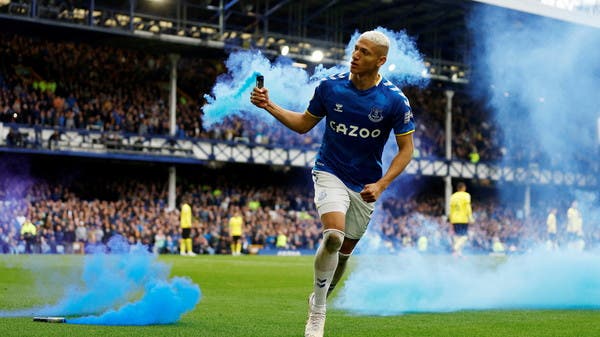 Everton striker Richarlison took advantage of a defensive error to lead his team to a 1-0 win over Everton and get an important boost to escape relegation in the English Premier League with great enthusiasm at Goodison Park on Sunday.

Everton advanced one minute into the second half, when Chelsea defender Cesar Azpilicueta slowed down in passing the ball, then Richarlison cut it and then fired a low shot past goalkeeper Edvard Mendy.

Chelsea controlled the ball, but Everton held out valiantly for the last half hour. Everton continued in the relegation zone, but it is now two points behind Burnley and Leeds United in the safety zone and has one game in hand.

Chelsea remained third with 66 points from 34 matches as it tries to qualify for the Champions League next season. Chelsea are six points ahead of fifth-placed Arsenal, but have played one more game.