Richarlison threatened with investigation for his celebration of ‘fireworks’ 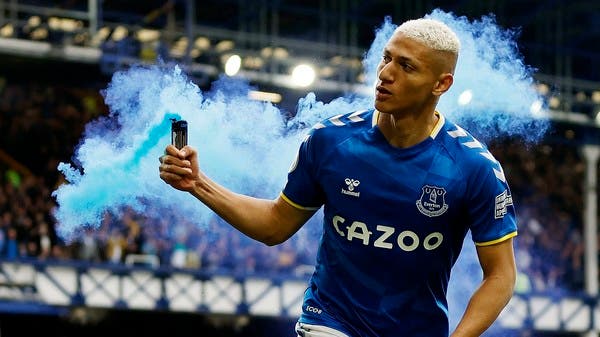 Brazilian Richarlison is at risk of being investigated by the English Football Association for setting off a flare after scoring Everton’s goal against Chelsea on Sunday.

Richarlison scored the game’s only goal in the 46th minute of the match, which took place at Goodison Park, to preserve Everton’s hopes of remaining in the Premier League, after raising his score to 32 points in 18th place (third from the bottom).

Everton is two points behind Leeds United, who is in 17th place (the first safety positions), knowing that the Merseyside team still has a game in hand.

During the celebrations that followed Richarlison’s goal, fireworks were thrown on the field by the fans, for the player to pick it up before throwing it, while it was not clear where he fell.

“We will look into the matter, but as far as we are concerned, Richarlison was trying to throw the fireworks away,” a club spokesman was quoted by British news agency BA Media as saying.

And last February, Harvey Elliott, a Liverpool player, was investigated by the English Football Association, after a similar incident in the League Cup at Wembley Stadium in the British capital, London. It is noteworthy that fireworks are prohibited from football stadiums in England.