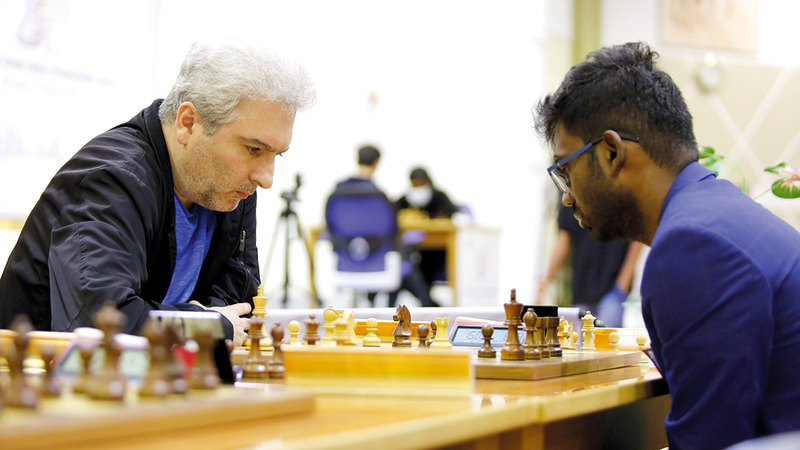 In the most prominent confrontations, the first seed in the tournament, Russian Alexander Pridke, continued to put pressure on the opponents, after defeating his Serbian opponent, Alexander Engig. In a strong and marathon match, which extended to 87 moves on the fourth table, the champion of the first edition, the American Vladimir Akopian, defeated the Indian Seturaman.

At the end of the fifth round, the Kazakh Rinat Gumabayev was alone in the lead with five points, and four players with 4.5 points were equal to the Russian Alexander Pridke, the American Vladimir Akopian, the Indians Erigesi and Ayush Sharma.