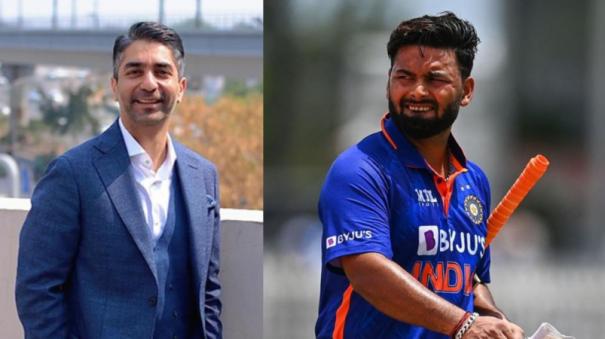 On the 30th, Rishabh Pant was traveling alone in a car on the Delhi-Dehradun National Highway when he hit a barricade in the middle of the road and was involved in an accident. The accident took place near Roorkee. When the car was on fire, he was trapped in it and was rescued by passers-by immediately. He was later admitted to the hospital for treatment.

In this accident, he sustained two cuts on his forehead. Torn ligament in right knee. His right wrist, ankle and toe were also injured. Abrasion injuries were sustained on the back. He was being treated at a private hospital in Dehradun till yesterday and has now been admitted to Kokilapen Dhirubhai Ambani Hospital and Medical Research Institute in Mumbai.

Abhinav Bindra shares his opinion in this context. “The BCCI is making fantastic efforts to recover Rishab Banda. Psychological support should also be provided as part of the treatment being carried out for him,” he said.

Wonderful that the board is looking after Rishabh’s recovery. Must also provide psychological support as part of the healing and recovery process!