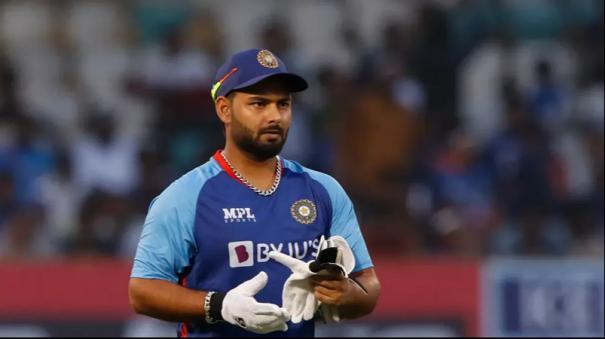 Mumbai: The Board of Control for Cricket in India has announced that Indian cricketer Rishabh Pant, who was involved in a car accident, will be treated at a private hospital in Mumbai. It is also reported that he will be flown to Mumbai from Max Hospital in Dehradun where he is currently undergoing treatment.

Rishabh Pant was traveling alone in his car on the Delhi-Deradun National Highway last Friday when he hit a barricade in the middle of the road and met with an accident. The accident took place near Roorkee. When the car was on fire, he was trapped in it and was rescued by passers-by immediately. He was later admitted to the hospital for treatment.

In this accident, he sustained two cuts on his forehead. Torn ligament in right knee. His right wrist, ankle and toe were also injured. Abrasion injuries were sustained on the back.

Treatment in Mumbai: “Bant is being treated at Kokilapen Dhirubhai Ambani Hospital and Institute of Medical Research in Mumbai. He will be directly monitored by Dr Dinsha Parthiwala, Head of the Center for Sports Medicine. Here he is undergoing knee surgery. He will continue to be monitored by the BCCI medical team. The Board will be by his side at this moment,” BCCI Secretary Jay Shah said in a statement.

Green Corridor: It is reported that the route to take Rishabh Pant from Mumbai Airport to Kokilaben Dhirubai Ambani Hospital has been changed to Green Route. It is also reported that an ambulance is ready at the airport to transfer him to that hospital. All the traffic signals on this route are flashing green.