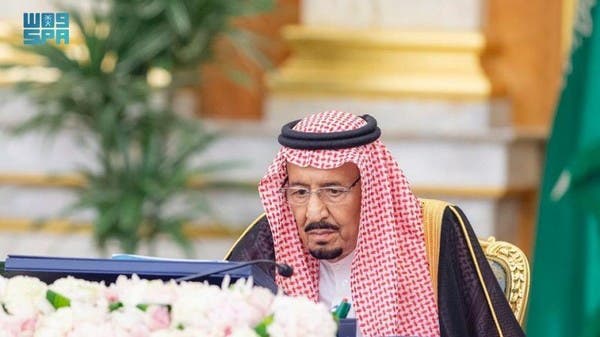 On Tuesday, the Custodian of the Two Holy Mosques, King Salman bin Abdulaziz, chaired the session held by the Council of Ministers at the Peace Palace in Jeddah, where the Council called on the international community to contribute to laying the foundations for peace and security in Sudan.

Ibrahim bin Abdulaziz Al-Assaf, Minister of State, Member of the Cabinet, and Acting Minister of Information, Dr. Ibrahim bin Abdulaziz Al-Assaf, said in his statement, which was reported by the Saudi Press Agency after the session, that the Council stressed the contents of the Kingdom’s speech before the Human Rights Council, affirming its firm and supportive position for Sudan and its people in all matters. achieve its stability, and call on the international community to contribute to laying the foundations of security and peace in this brotherly country.

Part of the Saudi Cabinet session

The Council of Ministers promised the Kingdom’s classification of eight individuals and eleven entities; Because of their association with the activities of the Iranian-backed terrorist Houthi militia, it embodies the continued determination to target those who have fueled violence and endangered Yemen and its brotherly people, destabilizing the region, obstructing international navigation and prolonging human suffering.

The Council of Ministers praised the results of the thirteenth session of the Saudi-Moroccan Committee, which reflected a common will to develop relations and raise them to the level of desired aspirations, as well as the consensus of visions on various regional and international issues.

Al-Assaf indicated that the council reiterated the Kingdom’s affirmation during its participation in the Forum of Major Economies on Energy and Climate, of its interest and commitment to cooperate with international partners to combat climate change, and achieve global goals by creating a better environment for future generations.

The Cabinet appreciated the efforts of government agencies in implementing reforms and improving and developing business performance, and the Kingdom’s progress (eight ranks) among the most competitive countries in the world, and achieving the second best performance in the report of the Global Competitiveness Center of the International Institute for Management Development (IMD). He praised the work of the National Competitiveness Center to improve and develop the competitive environment in the Kingdom, and to raise its rank in relevant global indicators and reports.