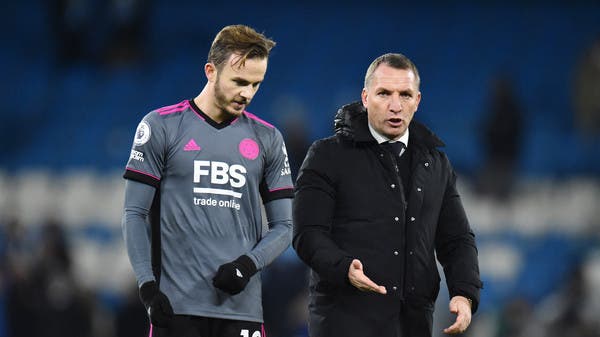 Leicester City coach Brendan Rogers expressed his happiness with the spirit displayed by his players, despite their heavy 3-6 loss to Manchester City on Sunday in the nineteenth round of the English Premier League.

Rogers said after the match, which saw the absence of a group of Leicester players due to injury: We participated in the attack during the first half and his result did not reflect what happened with him.

“We made a substitution, we challenged the players, we said we needed to try to win the second half and show the mentality and character in the team,” the Leicester coach said.

He continued, “We said that we are a team that never collapses mentally and physically, and that would be easy, but the players showed an incredible spirit and played great football to get the result to 3-4 even after we were 3-5 down, we had two chances.”

Rogers stressed: “It was a difficult test as we face the holders of the competition, who had a week without matches to prepare and did not have many absent players, but our players took advantage of that and I was proud of them.”

Leicester City, who suffered their seventh loss in the championship this season, with 6 wins and 4 draws, stopped at 22 points in ninth place, knowing that this is the second defeat the team has received during its last three matches in the tournament.