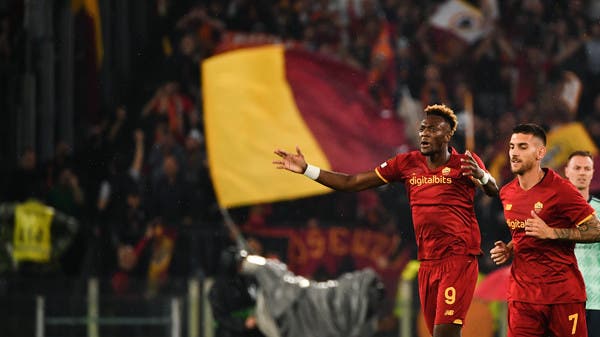 Italian Roma qualified for the final match of the European Football Conference, after defeating its guest, Leicester City, 1-0, on Thursday, in the second leg of the semi-finals of the competition, to set up a date with Feyenoord of the Netherlands, who tied 0-0 with its French host Marseille in the same round.

Roma had tied 1-1 with Leicester City in the English city of Leicester, to qualify for the final by winning 2-1 on aggregate, while Feyenoord qualified for the final after winning the first leg at home 3-2 over Marseille, France.

Tammy Abraham scored the only goal of the match for Leicester City in the 11th minute.

The final match between Roma and Feyenoord will be held in the Albanian capital, Tirana, on May 25.