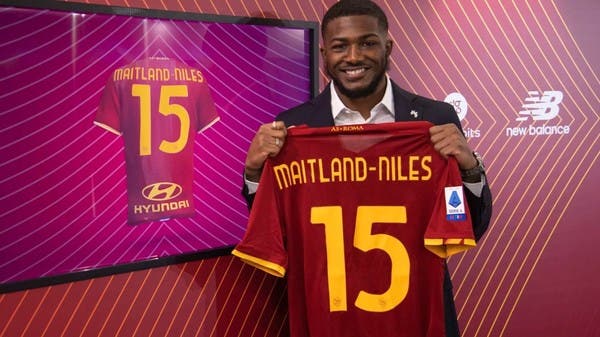 AS Roma announced on Saturday the signing of Arsenal midfielder Ainsley Maitland-Niles on loan until the end of the season.

The 24-year-old midfielder, who made 132 appearances for his boyhood club, will join compatriots Chris Smalling and Tammy Abraham in Jose Mourinho’s squad.

England international Maitland-Niles said: “I am delighted to be here and I can’t wait to start my career with the team. I want to help the team and show what I can do as a player.

“I would like to thank the fans for the support they have already shown me, I hope to succeed in achieving something great with the club at the end of the season.”

Maitland-Niels struggled to participate with Arsenal in the first half of the season, as he played only eight matches in the Premier League, the last of which was on November 20.

Mourinho is hoping the player can make the difference after a volatile start to the season that put Roma in seventh place after 20 games, six points clear of the top-four.