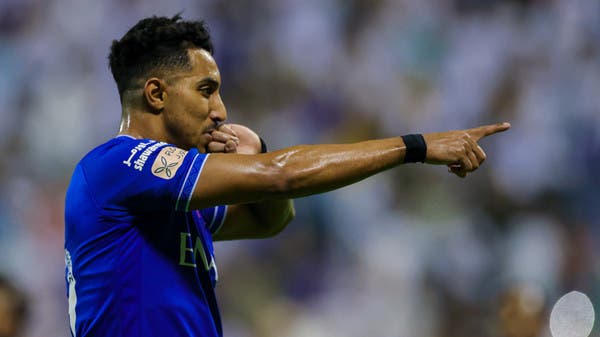 Al-Hilal is one victory away from winning the Saudi Professional League title for the third time in a row, after postponing the decision to the last round of its bilateral struggle with Al-Ittihad.

Al-Hilal won with ten players 3-0 at its host Al-Fateh, through Salem Al-Dosari’s double and Ighalo’s goal, on Thursday, while Al-Ittihad turned its delay to a 3-1 victory over Al-Ettifaq, thanks to its striker Romarinho, “two goals” and a goal in favor of Hamdallah, while the goal of Al-Ittifaq Amin Younis.

Romarinho during the Al-Ittihad meeting and the agreement

The two teams are equal at the top with 64 points, but Al Hilal excels in direct confrontations.

Al-Ahly, the 2016 champion, was on the brink of relegation to the second division after losing 3-1 to Al-Raed.